Retailers in Taranaki say the downturn in the dairy market is starting to hit turnover, with sales declining by between 10 and 20 percent.

Fonterra has slashed its forecast payout for the season to $3.85 a kilo of milk solids - far below the break-even point for many farmers, whose spending on non-essential items has all but evaporated.

Fonterra's new forecast payout is $3.85 a kilo of milk solids, which is below break-even for many farmers. Photo: SUPPLIED

Michael Eager, who owns the R J Eager furniture stores in New Plymouth and Stratford, said it was taking longer to shift stock.

"We are already seeing a slowdown in retail sales. Enquiries have dropped away so it is impacting at the present time quite strongly and particularly in the small towns.

"We have a business in Stratford, and we're seeing that impact take place now."

Mr Eager said farmers were simply not out shopping.

Mr Eager said his sales were down between 15 and 20 percent and he expected them to drop further.

Retailers would have to tighten their belts along with farmers, he said.

"Hopefully we can ride things out, that's what we'll be doing. We'll just batten down the hatches and just go from day to day really." 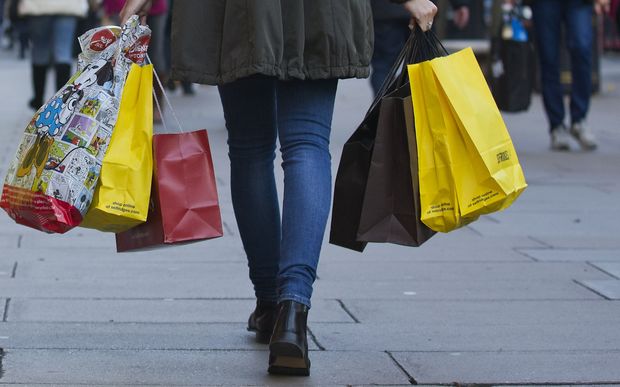 No three bags full for Taranaki farmers, who are keeping spending to a minimum. Photo: AFP

Royce Dimock, who owns a furniture, whiteware and electronics store in Hawera, said his sales were down 10 percent.

"I wouldn't describe it as catastrophic at this stage. I would say the farmers are being cautious and we're seeing a slight downturn in the high-end items they would possibly normally have purchased.

"They will buy the necessities, but obviously they are going to be cautious and we're starting to see a slight drop off in our turnover as a result."

Mr Dimock believed the pain would be relatively short-lived.

"It's not like we are talking about a general recession where everybody is running around spreading doom and gloom. It's a downturn in rural New Zealand, which I believe will only be short term, so I don't think we need to panic."

But the manager of a big-box retailer in Taranaki, who did not wish to be named, said the situation was as bad as during 2008, at the height of the global economic crisis.

He said his sales were 15 percent off target and he had four vacant sales positions he was not filling, because the demand was not there for them.

Taranaki Chamber of Commerce chief executive Richard Williams said there was no hiding from the effects of the poor dairy payout and the decline in oil and gas activity in the region.

"I don't think there are many retailers that are going to tell you hand on heart that they are up year-on-year because it's a general uncertainty, I think, caused by both the major underpinning industries in Taranaki being affected at the same time.

"It naturally affects confidence and, yes, people won't be spending on anything they don't genuinely have to."

Mr Williams said there were still people in Taranaki with money in their pockets, and a general confidence that expected oil and gas project work would help steady the situation.

But he was fearful a longer downturn could spell trouble.

"I think the big danger of this, is if this low payout and the general oil and gas situation - exploration and engineering - if this continues through another 12 months and we are heading into 2017, then we really do have a major issue."

In the meantime, businesses will be watching their overheads - and the customer will be able to bargain harder.