A man who targeted elderly women in a series of home invasions could face an unlimited prison sentence. 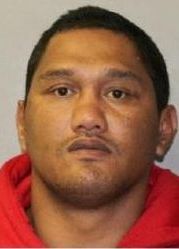 William John Murphy was to be sentenced at the Auckland District Court today, but the judge referred the case to the High Court so preventive detention could be considered.

Murphy was found guilty by a jury earlier this month on charges including aggravated robbery, theft, and dishonesty.

At his trial, the Crown said Murphy forced his way into people's homes and tied them up before robbing them.

He said a pre-sentence report had also found Murphy showed a high risk of re-offending.