Real estate firm Barfoot and Thompson is to start its own investigation to find out if it is the source of leaked data being used by Labour. 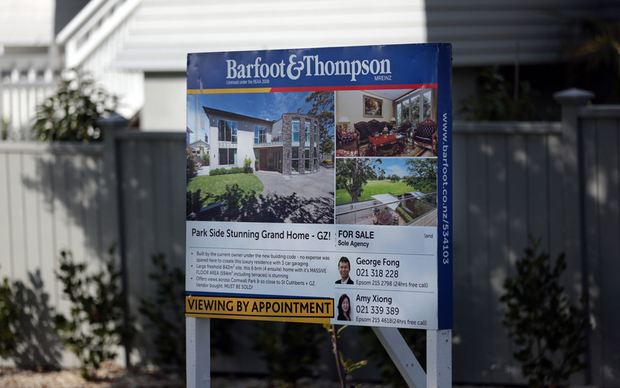 The major real estate firm, Barfoot and Thompson, is to start its own investigation to find out if it is the source of leaked data being used by Labour.

Labour has claimed with anonymous sales data it has been given that foreign speculators are ramping up Auckland house prices.

It said this was because the data showed almost 40 percent of buyers in a three month period had Chinese names.

The party has been criticised for not being transparent and saying where the data came from.

Barfoot and Thompson sells one-third of Auckland properties and its chief executive Wendy Alexander said it would be investigating. She said the company did not know if the data was its own, but it wanted to find out.

Barfoot and Thompson managing director Peter Thompson said if the data did belong to the firm it had been given without the express permission of the company's owners.

He said this would contravene company policies and it would be speaking with its lawyers.

"For the size of the data they say they're working off, we're certainly one out of three sales in Auckland - there are not many companies that would have that amount of data.

"We can make an assumption that it looks like our data but we have no proof. It could be a combination of companies, but who knows," he told Radio New Zealand.

Mr Thompson said Barfoot and Thompson had known about the data for about a week and that it might be made public.

He said the company would now be looking at its options and what it could do if one of its staff was responsible for the leak.

Housing Minister Nick Smith hits back at Labour's claims on foreign property ownership, saying new rules for investors will give a clearer picture. 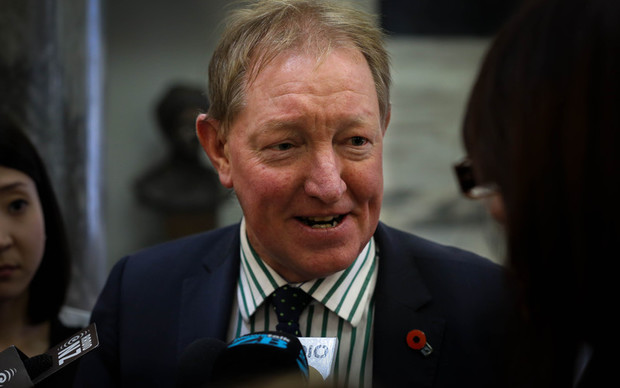 Dr Smith said Labour's claims of widescale property speculation in Auckland by overseas-based Chinese were based on "flaky" data and were no basis for making housing policy.

He said legislation before Parliament, which will require property investors to have a New Zealand IRD number and bank account, would give an accurate picture of overseas investment.

It would also allow IRD to ensure all property investors pay tax, he said.

The Government would make that information public, Dr Smith said, but current advice from Treasury, the Productivity Commission and his own Ministry was that foreign speculation was not a major driver of house prices.

The Housing Minister said the Government would tell New Zealanders how much property was bought by foreign investors.

But the Labour Party said the data it got from a major Auckland real estate firm showed nearly 40 percent of buyers in one three-month period had Chinese names, which indicated foreign speculation was driving prices up.

"Rampant property speculation in Auckland is driving house prices higher and higher and out of the reach of young, hard-working first-time home buyers," he said.

"Offshore speculators are a major part of this picture. That's what this data suggests. I think it's as plain as day."

He said analysts predicted that with the Chinese Government's moves to ditch controls on overseas investment, the country's investors would be pumping $US6 trillion offshore in the next five to ten years.

The Bank of New Zealand's chief economist said while there was strong buying from Chinese investors in cities worldwide, the Labour Party's figures on how many were buying in Auckland had to be questioned.

However Tony Alexander said he supported a call for restrictions on foreign buying, and using systems like those employed by Australia.