"Shonky," "reprehensible," "racist" and "flimsy" are some of the words being used to describe Labour's claims about how many offshore Chinese are buying homes in Auckland. 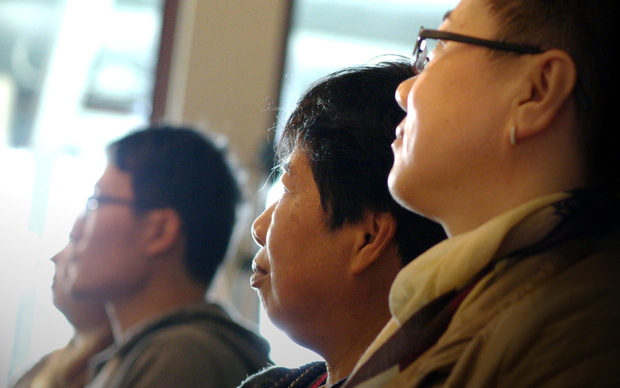 The New Zealand Chinese Association has also weighed in, concerned that Labour was picking on Chinese people.

The party used leaked, anonymous data to show almost 40 percent of buyers in Auckland over a three-month period had Chinese names. 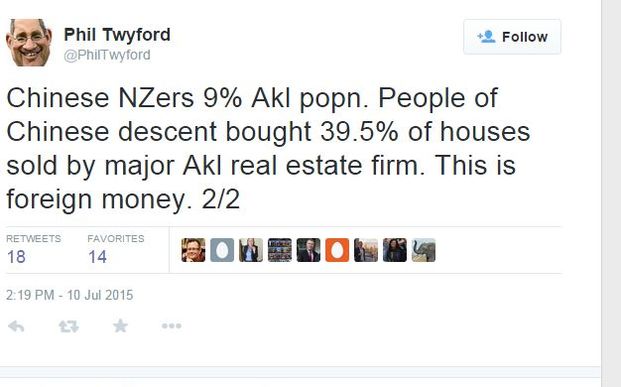 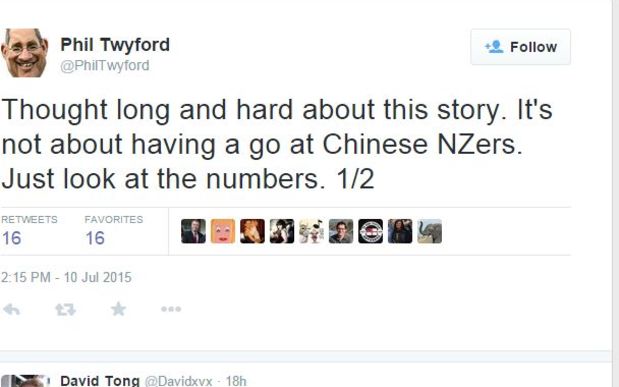 National President of the New Zealand Chinese Association Meng Foon said he wasn't sure what Labour's motives were.

"Why would you publish figures that highlight the fact that Chinese people are overheating the property market sort of like in a secret way where you haven't revealed where your sources come from, you haven't identified correctly whether they're New Zealand Chinese or overseas Chinese... just be a bit more transparent."

Mr Foon said Chinese people were easily identified at auctions, and were "always easy meat to be picked off" when it came to housing.

"Chinese people do have a strong appetite for investing in property, and the reasons why are that we actually invest in property for the long-term for our families, for our kids and also for retirement income."

"There is a general phobia in terms of Asian people buying property but we're still abiding by the rules of New Zealand's property market... we're not breaking the rules, we're just participating in a market that we like."

Mr Foon said Mr Twyford should be focusing on making sure more houses were built, or making them harder for all buyers to purchase and "not just picking on Chinese people".

The Bank of New Zealand's chief economist, Tony Alexander, said the data from an unknown real estate firm had to be questioned.

"Obviously just because a person has a Chinese surname doesn't mean they're located overseas, their family could've been here since the 1860s.

"So I think, number one, it is very unlikely that the true proportion of buying by Chinese is the 39.5 percent for Auckland as stated," he said.

"Whatever the actual level of Chinese buying is from offshore of New Zealand houses at the moment, it will get bigger in the future as the Chinese families get richer, they want to invest overseas and the regulations allow them to invest overseas - so the numbers will increase over the next few years."

Mr Alexander said he supported calls for New Zealand to adopt restrictions similar to those in Australia surrounding foreign purchasing of houses.

"If the intent was to present objective, logical, reasonable figures... then absolutely it has backfired.

"It's a bit unfortunate, the issue that's being raised by Phil Twyford I think is a timely and reasonable one and obviously a topical one in respect of the Auckland property market.

"But the figures that he's used and the way in which the data has been collected, I think is shonky," Mr Church said.