Affordable homes in Auckland bear a striking resemblance to unicorns.

I hear the Housing Minister was seen buying a horse, and stealing a paper, horn-shaped hat from a small child. That's how a mythological beast got to be grazing in an empty paddock in Drury, with about 50 frenzied developers circling. Such is the nature of the property market and politics I guess.

I've done a bit of circling myself, and as a self-confessed vulture by profession I can claim to do it well. 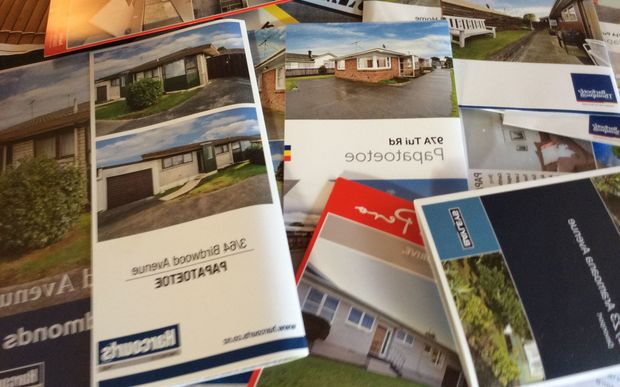 I settled on a tree limb outside a little place in Papatoetoe last weekend, cleaned my talons and honed my bidding strategy.

After a lot of throwing paper work around, and a visit to my trusty bank manager, I knew the two-bedroom unit was solid, and what it was worth. Worth in sensible terms, laid out on a screen with comparable places. My finances were approved, even.

I had a cunning plan for the auction. Do virtually nothing, and expect to lose.

Buyers never win an auction, even if they make the highest bid. Everyone else is winning and making money but you.

And never ask an auctioneer for advice, as they will tell you to get in early and go for it. Which is one of the many lies scattered around the property scene like confetti outside a church.

As a buyer you want the whole thing to go as badly as possible. For there to be no interest, no bidders, or for the place to fail to meet reserve. So you know the expectations, and can go and try to haggle the seller down.

Ideally you want that seller to die from exhaustion, so you can hone in on the carcass.

If only things were that simple. 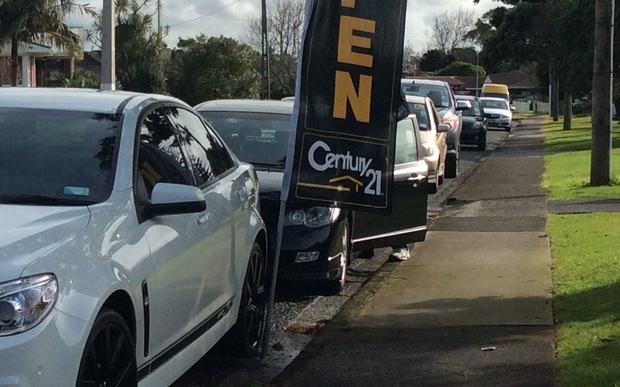 In reality, at 1pm on Saturday I stood around on a bit of concrete with about 20 other people in little clusters, starring at a man in a rather bad (sorry) gold jacket waving some glossy papers around, and going through a lengthy rant about rules for the auction before waxing lyrical about the attributes of the north-facing, white-with-blue-shutters front unit in a good school zone. Alas, no white picket fence.

I folded my arms and did a bit of tennis match observation as two guys went hard out at each other getting the property up to reserve, then slowed down doing the manly battle-to-the-death thing a bit more until the auctioneer said, "Going once, going twice".

That's where I got a rather forceful elbow in the ribs from my partner and said the word, "Ninety".

"What?" said the auctioneer.

The almost successful bidder looked at me with little squinty eyes which told me I was destined to rot in hell, and said, "Ninety-five".

I heard a gun cock by my ear and responded with, "Six".

And that was all it took. Two little unexpected bids at the last minute, the ability to say the word six, and I bought a house. Affordable even. 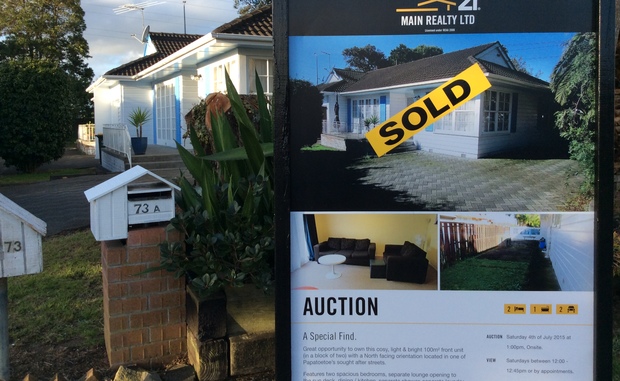 So two months, about 50 open homes, a trillion charming-yet-deadly real estate agents and I am done. I have sold a house and bought a house in the over-heated Auckland property market. And on top of that my bank manager actually smiled at me with approval, rather than the usual pity. Luck not skill, I can assure you.

And my bank manager didn't count the extra grey hairs and lost sleep as depreciation. It will probably take a couple more months and a better exercise regime to entirely get rid of the pressure of expectations and rising prices that can settle down on your shoulders.

You've got to have lots of sympathy for first home buyers with few resources. People should be able to have dreams, and even realize them on occasion.

I wish I could say I was a lot wiser for the experience, but I already knew that everybody lies, and that the Auckland market is crazy. Although I guess you can't really know what that craziness is truly like until you experience it a little yourself.

Speaking of which, if you see a vulture riding a unicorn through south Auckland, it is very probably me.

Oh, and I did ask the question, "Does it feel like home?' before I bought the house. The answer is yes.