I had a conditional offer on my place that didn't work out. Wrangling happened, it was a game of two halves, and at the end of the day, drainage was the winner.

And looking for new listings to check out on Saturday morning, there was a grand total of one. One solitary little two-bedroom place. I am bereft, and can't quite figure out what I will do with myself.

If I'm not driving around South Auckland in ever decreasing circles, I may lose all purpose in life, and do something completely crazy, like relax. Can't have that now, can we?

The new listing is in a weird South Side kind of gated community. 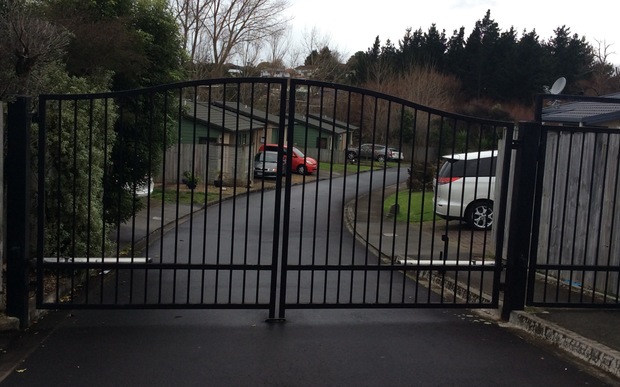 Keeping people out, or keeping them in? Photo: RNZ/Eileen Cameron

It's small, and there's no open home, so I do a bit of stalking around the fence line. A woman doing something calmly domestic eyes me up out of her kitchen window, as I frolic around uncouthly in the foliage behind her back yard. Clearly I am the kind of unsavoury character they're trying to keep out.

I do actually have a couple of other places up my sleeve, as I've finally twigged that you only hear about the properties that go for super amounts at auction. There is, in reality, a great big boring middle ground which don't sell at auction, then end up in a much more mundane part of the market. Like my own house, now I think about it.

I've got one of those in mind, so circle around. It was supposed to sell at auction two weeks ago, but the open homes are still going. It's a two-bedroom house on a bit of land. It's just been renovated, and has a very unusual internal layout - i.e. it's a bit weird. 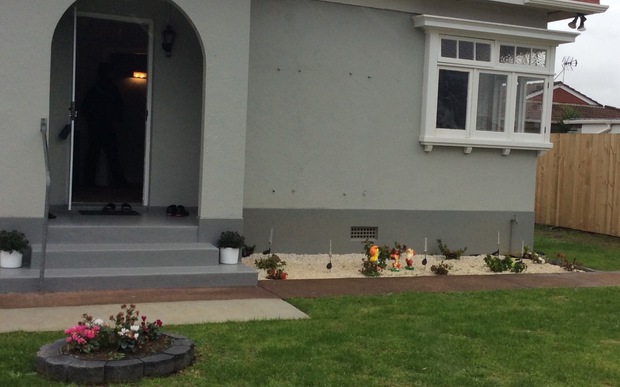 Gnomes as well as a gnome-style layout. Photo: RNZ/Eileen Cameron

About to go in, I get one shoe off while chatting to the agent. He is very dapper and wears a nice scarf. I ask what went on, and he explains the auction got a top price of $580,000. I'm pretty startled by this - it is high. But the owners wanted more. Much more. They want $639,000 in fact. I put the one shoe I have taken off back on again, and head back up the garden path - where apparently I was being lead anyhow.

I get into the car and yell "639!" at the top of my lungs. I laugh and just resist tooting the horn. The dapper agent is standing on the front porch watching me. He has his cell phone out. If I wasn't hysterical I would be wondering if he's about to dial the 0800-crazy-buyer hotline, or possibly Nick Smith so they can have a laugh about 'affordable' housing.

He'll sit with the minister, as they sample a nice Chianti, wafting Cuban cigar smoke around, while the agent gets his portrait painted. We know how that one will end.

I have one more house on the agenda, and it's a return trip. Best I pay a bit more attention. 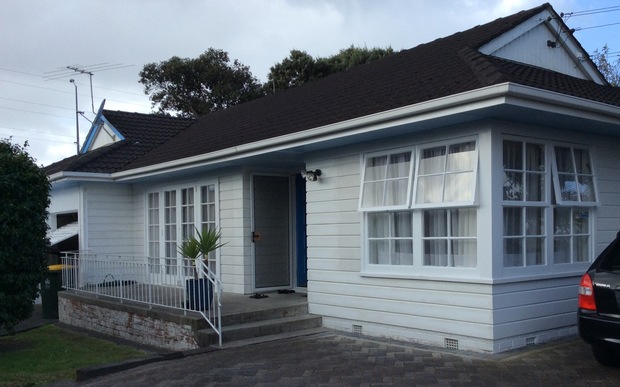 The agent selling this place is a good fellow. I know, because that's what it says on his licence plate. I just love it when people give me subtle little clues about themselves.

But he is a nice guy. Tall and lean and charming. He commiserates over the failed deal on my house, and tries to give me a hopeful steer about what this nice, little freshly-painted white house will go for. We get along like a house on fire.

Land is valuable he reminds me, don't give up. We laugh, and he tells me tales about how difficult and manipulative people can be. Crazy customers who head off to the Real Estate Agents Authority to lay complaints over the most trivial or unrealistic things.

In a moment of unexpected intimacy he leans down and whispers "people lie". This simple statement is both self-evident and profound. Of course people lie, but I have realised that when it comes to buying and selling property, I no longer believe they ever tell the truth.

On Sunday night I trot off to be part of the live audience for Dancing with the Stars. This should be quite relaxing, or at least a bloodbath of falls, bad outfits and trivia. I reckon I can chill in my off-duty vulture persona - hang out in the wings, groom my plumage, and wait for a carcass to fox-trot into my talons. It's a scavenger's delight. 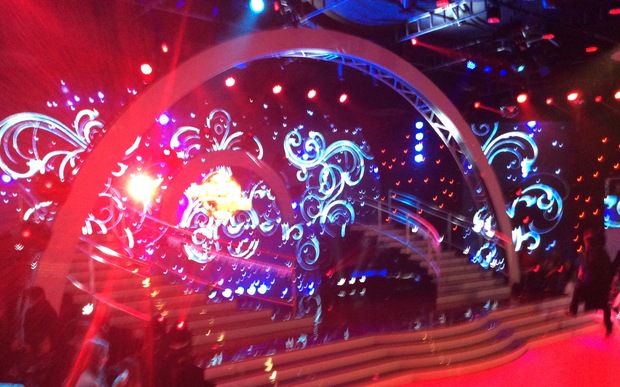 Stars in my eyes, and on the dance floor Photo: RNZ/Eileen Cameron

I clap and crow and eye up Pam Corkery. For the obvious reason. Don't make me spell it out, carrion have feelings too.

Unexpectedly, I get a text saying there's another offer on the house, heading my way shortly. But because Dancing with the Stars is a highly-prized cultural icon surrounded by more secrecy than the Holy Grail (unlike, say, Campbell Live), leaving early is like breaking out of Colditz. When a producer catches me trying to get over the razor wire, I am admonished, and told selling a house is the most pathetic excuse she's ever heard.

I sit in the car in the dark in some obscure part of industrial Henderson on a Sunday night, while a clutch of people wearing sequinned handkerchiefs run around backwards while sweating, 50 metres behind me. Pathetic is a relative term, I guess.

I contemplate the offer. I think I will sleep on it.

10 simple rules for surviving in the Auckland property market: