Two infants with medical conditions have been airlifted from the Waitotara Valley as flood relief operations are increased. 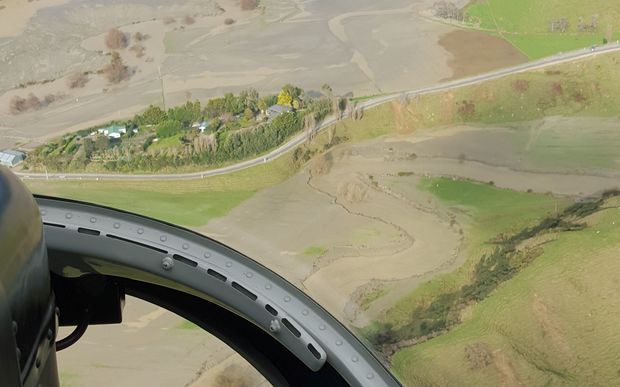 Taranaki Civil Defence group controller David Lean said the children, who are asthmatics, were picked up with their families and brought to Hawera.

Three helicopters have been in action today checking on isolated families and assessing roads and bridges, including in the Tangahoe and Waitotara Valleys.

At least 15 food and six medical supply drop-offs have been made.

Mr Lean said a decision on lifting the state of emergency in Taranaki would be made tomorrow after a visit by the Minister for Civil Defence, Nikki Kaye, to Waitotara.

A total of 270 Powerco customers in Whanganui and Taranaki were still without power this evening, after contractors reconnected a further 130 properties earlier today.

Powerco acting network operations manager Dean Stevenson said most of those without power were in Waitotara, where damaged roads were making it difficult to reach some homes.

Several pockets within Whanganui, along with customers in Strathmore, Whakamara and Tangahoe Valley, remained without supply.

Mr Stevenson said fine weather over the next two to three days would help contractors restore power to all homes.

Up to 100 households still cut-off

Mr Ritchie said they made several landings and Civil Defence personnel spoke to about 30 households.

"Farmers are quite resilient types and most people seem to be coping, but there are about six families that have urgent needs and we're going to get food, water, medication, baby food and other necessities in to them today." 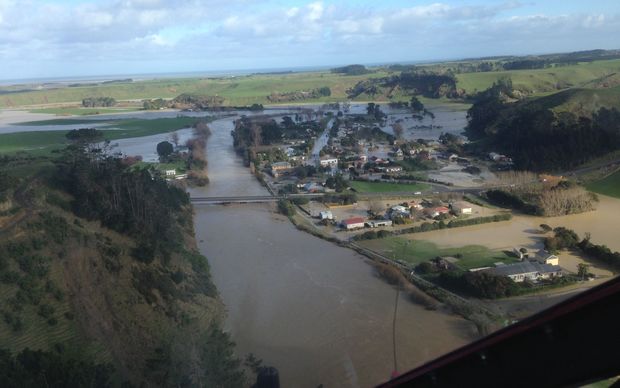 The township of Waitotara shortly after the weekend's flooding - most residents have now returned home. Photo: SUPPLIED

Mr Ritchie said authorities were yet to make contact with as many as 70 households.

"Some of them we probably flew over yesterday and we went down to those we could. So we went down and contacted 30 homes.

"We haven't got a definitive number but across the region there could be up to 100 households still isolated."

Many local rural roads in Taranaki were still impassable today because of slips and some areas were still without power.

"People are advised to stay away from beaches, rivers and streams today because of potential contamination and boaties should watch out for flood debris that has been washed out to sea."

Most residents have returned to their homes in the township of Waitotara and no homes remain under water.

"Residents on bore water supply are advised to boil water," he said.

The streets of Waitotara have been cleared of silt and, while the road bridge to Waiinu Beach remained closed today, there was alternative access across private land.