As council workers mop up on Wellington's South Coast after yesterday's storm, Wellington mayor Celia Wade-Brown warns it could be the new normal for parts of the capital. 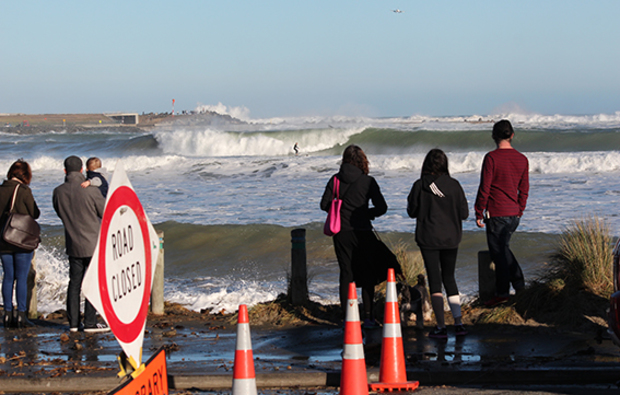 The waves closed the road between the eastern end of Lyall Bay to Moa Point Road. Photo: Stephen Lynch

As high tide struck at about 2.45pm, four-metre waves flooded properties and washed debris and rocks onto coastal roads.

The road between the eastern end of Lyall Bay to Moa Pt Road, and the Airport tunnel, were closed for 24 hours after large swells washed up rocks and debris.

Wellington City Council crews worked to clear the debris and reopened the road about 4.30pm today but warned it remained slippery because of mud.

Cape Palliser Road on the Wairarapa coast, which opened for essential traffic today, has now been closed to all vehicles.

Wellington City Council said considerable work was going into planning for future swells which could gradually erode the coast line.

Ms Wade-Brown said despite efforts to improve sea walls, planting and strengthening dunes, some stretches of road were already being undercut.

She said it was a matter of how long such coastal roads lasted when similar storm surges were likely to become more frequent and preventative measures could be taken. 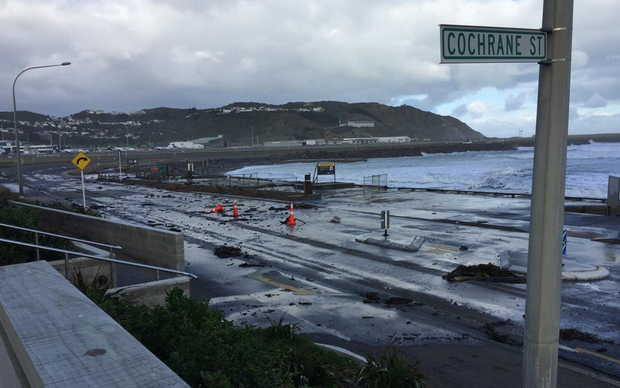 "It was a beautiful, beautiful day yesterday, the storm was well off the coast, but it pushed the great, big southerly in very hard, so Lyall Bay, Island Bay had wonderful views, but it's a bit worrying."

She said Wellington was part of a network of resilient cities and was drawing on expertise from around the world where cities were coping with similar problems.

The proposed runway expansion to Wellington airport was being designed with storm surges and higher sea levels in mind, and was based on estimated sea levels 100 years from now.

But the cost to infrastructure caused by sea level rises was being borne by ratepayers, Ms Wade-Brown said, and its underlying cause of carbon emissions must be addressed at a national level.

"Let's look back at the initial causes of some of this, not just mopping up the symptoms," she said. 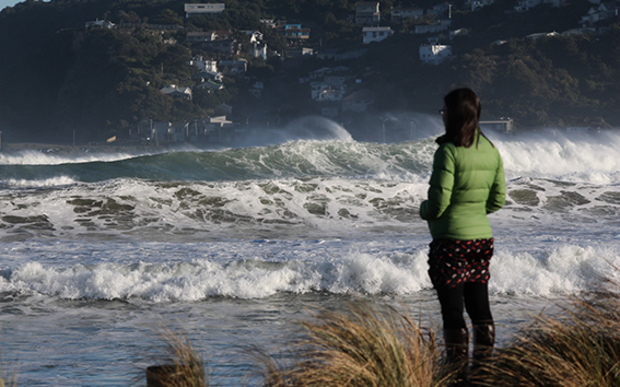 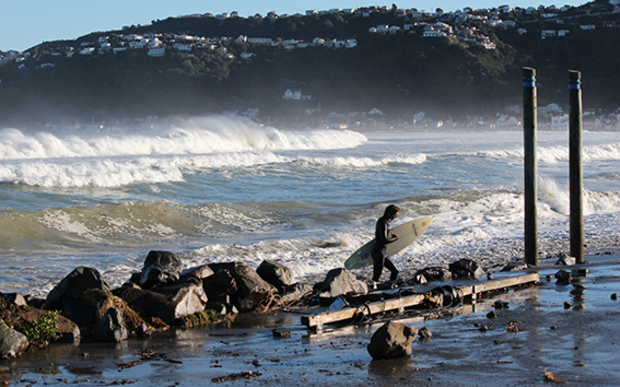 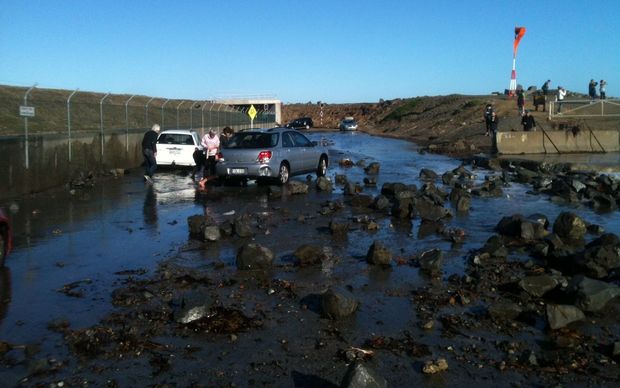 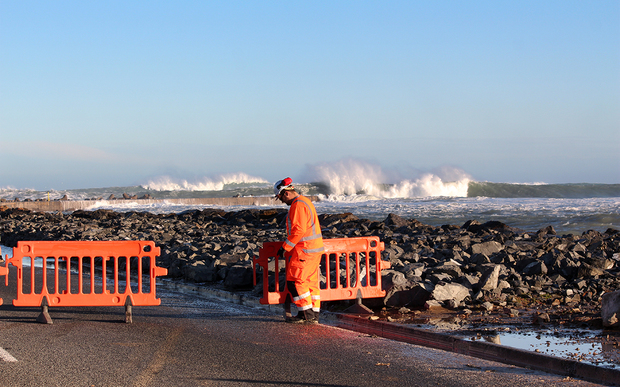 Another shot of the closed road near the airport. Photo: Stephen Lynch