Hardy residents of Wellington's wildly beautiful south coast are cleaning up after huge waves dumped debris across the roads and up to some houses this week. 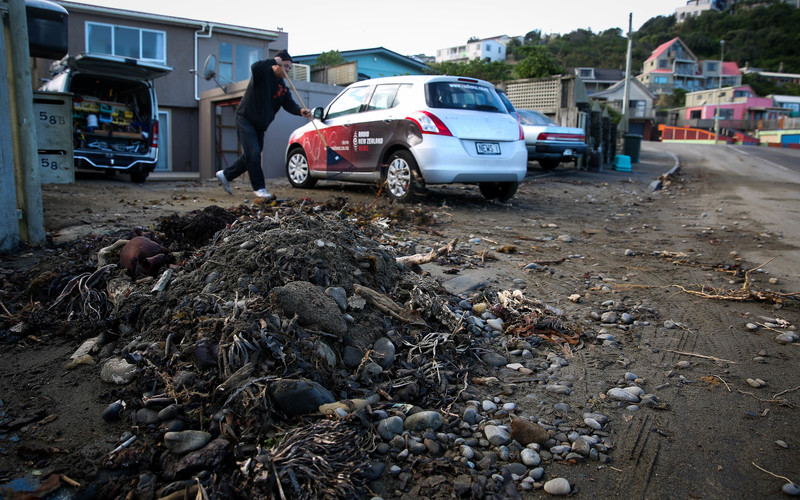 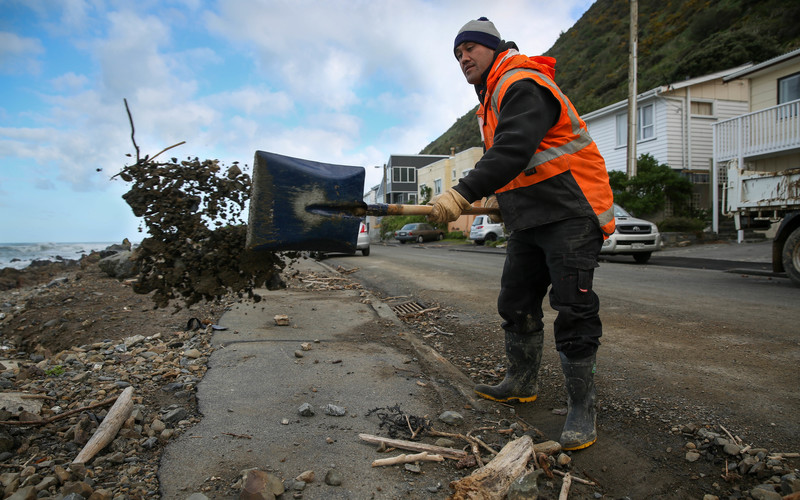 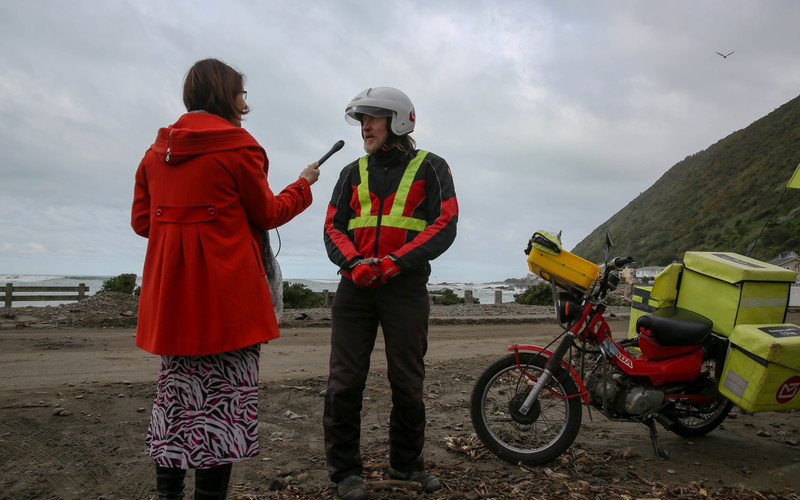 Postie Gerard Dobson took to the footpath on his motorbike to make sure the mail got through. Photo: RNZ / Alexander Robertson 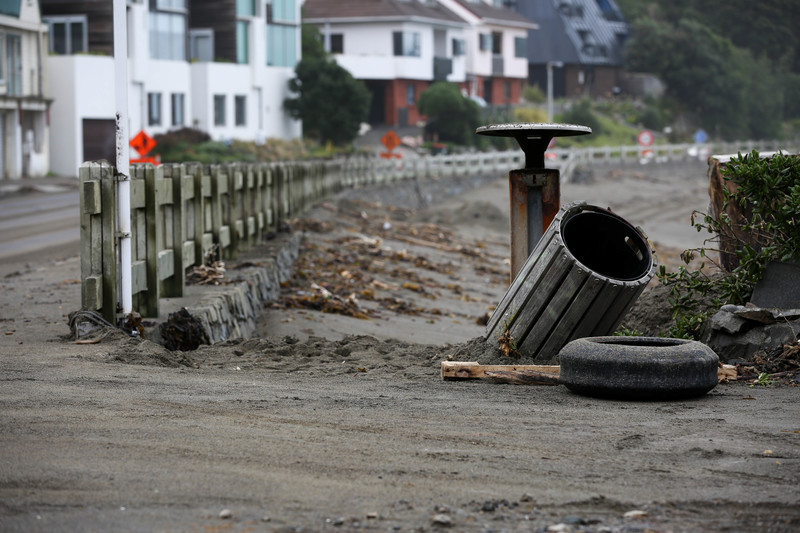 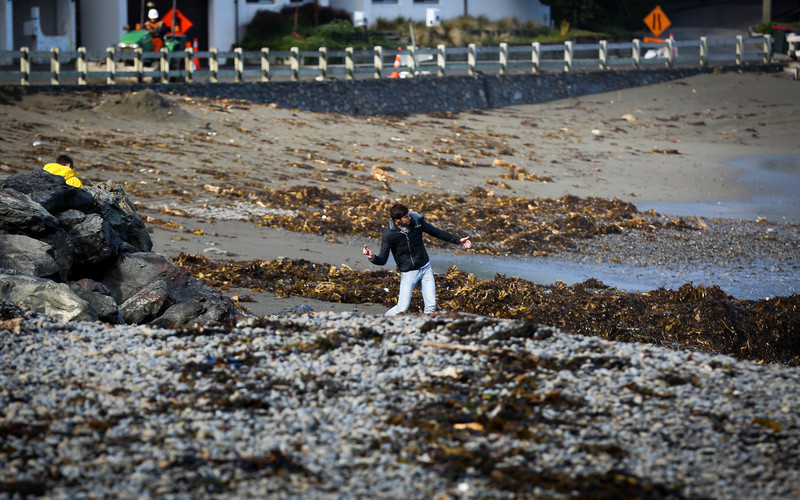 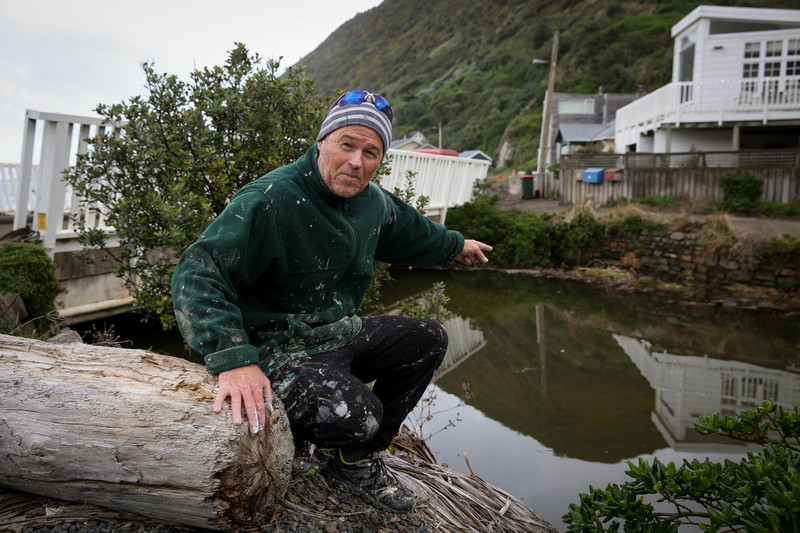 Owhiro Bay resident Scott Viner, next to what is usually a small stream but has been turned into a dam. Photo: RNZ / Alexander Robertson 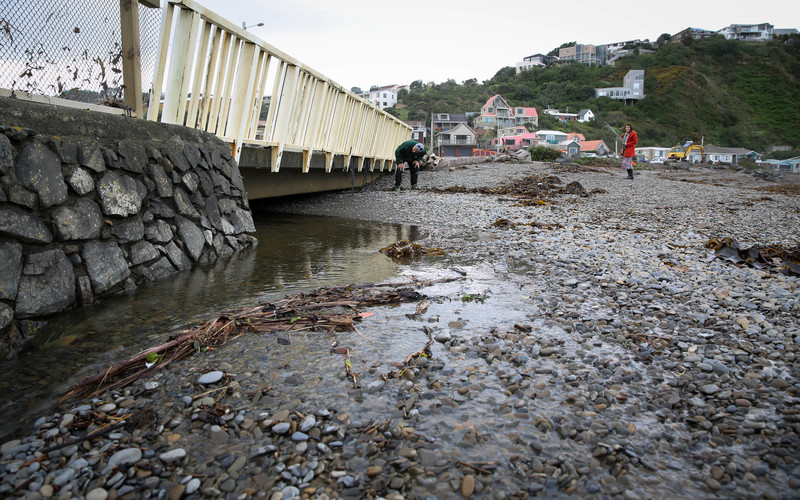 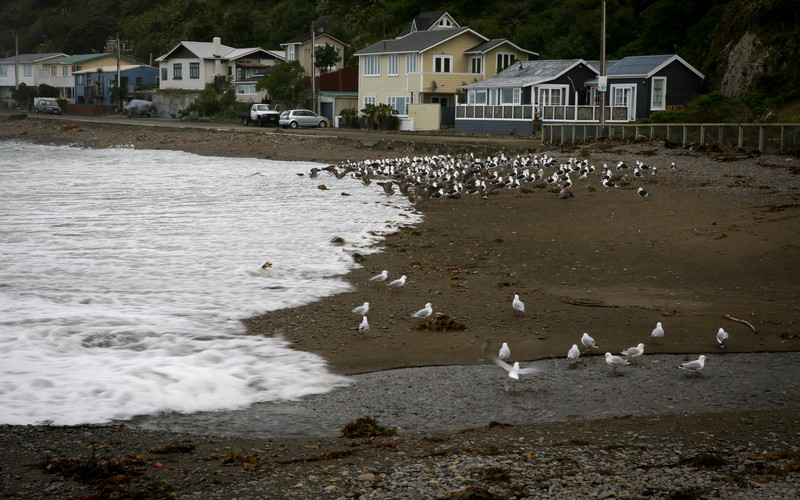 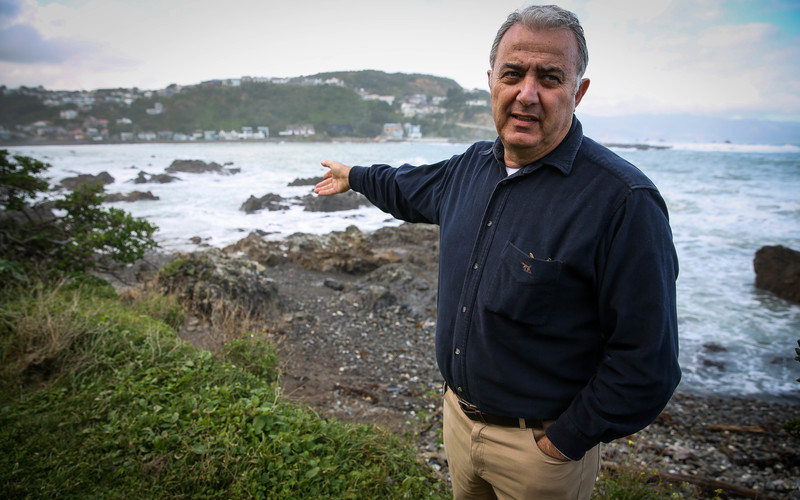 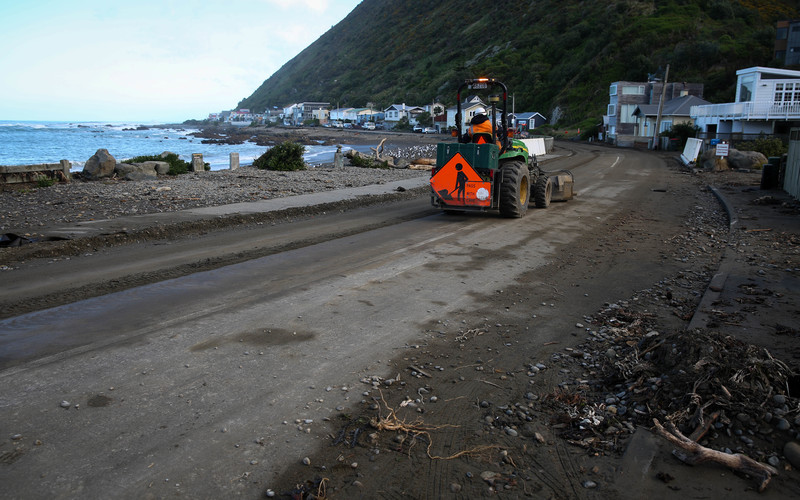 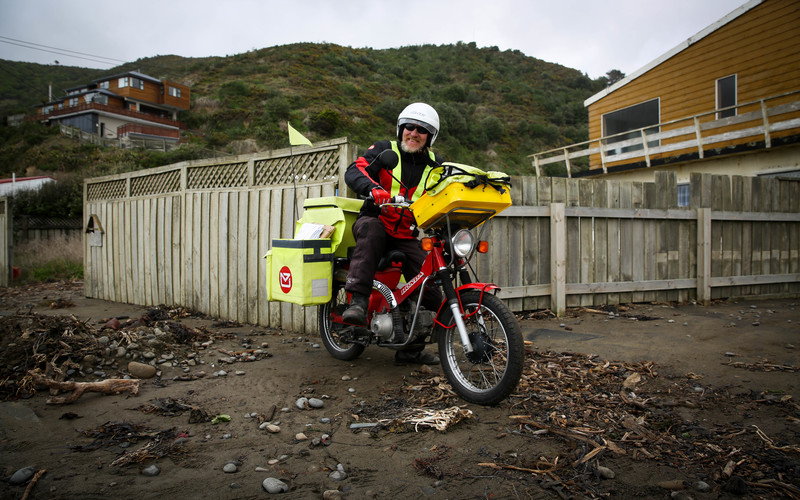 Photos of the aftermath of Wellington's high southerly seas

The swells were up to 9m high off the Wellington coast on Tuesday and Wednesday, making for dramatic scenes and forcing the road to close in places, thanks to sand, seaweed, driftwood and rocks being flung from the surf.

Local postie Gerard Dobson, who took to the footpath to make sure the mail got through, said he hadn't seen the waves higher in more than 10 years.

"This is the South Coast ... this is the head of the fish, and it was just amazing. The waves were just breaking and coming right up and it was incredible."

He got to the start of Owhiro Bay on his delivery and found orange cones across the roads and "road closed" signs.

"Now, of course, the mail must get through, so I went very carefully on the footpath and went along," he said.

"There were logs, were rocks, there was seaweed, there was sand - it was just unbelievable, absolutely amazing."

Scott Viner has lived at Owhiro Bay for eight years and said the swells were enormous and the scenes amazing.

"We live here for that reason, because it changes all the time. We love the South Coast, it's wild," he said.

"I've never in my life - and I've been around the ocean and surf for 30 years - ever seen it that big, ever. It was amazing, incredible."

Mr Viner said he was not worried about his house being damaged and that the Wellington City Council's defences seemed to be holding up well.

Costas Kotsapas shared Mr Viner's sentiments, despite seeing the sea erode about 3m from the waterfront in his 38 years at Owhiro Bay. 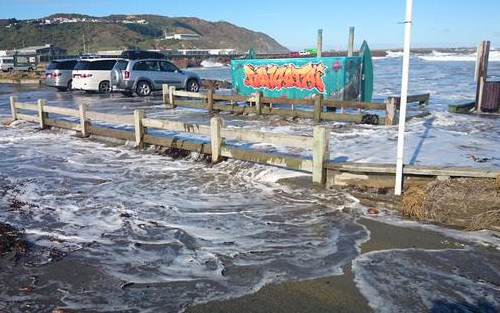 "I remember when I first experienced the first one, it was a shocker, but now I'm used to it and I think we over-dramatise it today."

He did not believe the council needed to take further action against storm damage, questioning how high they would need to build sea walls to make them effective and saying it was all part of living on the wild south coast.

"Absolutely. I would never have it any other way. If it was always calm it would be smelly and it would be boring," he said.

"It's something that we enjoy and we knew when we moved here that we were going to take the good and the bad."

MetService forecaster Fulong Lu said swells were expected to be under 2m for at least the next five days.