The pilots' union is going to court over Wellington Airport's proposed runway extension, which it says provides only the minimum level of safety. 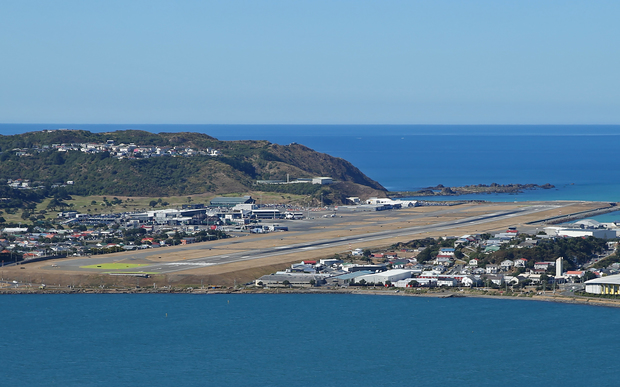 The union is seeking a declaratory judgement from the High Court about the rules governing safety areas at the end of a runway.

He said he believed the law meant any extension should first include a Runway End Safety Area (RESA) of 240 metres, or an equivalent solution such as crushable concrete, which he said was considered international best practice.

Captain Torenvlied said because the Civil Aviation Authority (CAA) was letting the airport go ahead with the runway extension, without extending the safety area, the union was seeking the judgement to clarify the correct interpretation of those rules.

"In our opinion, part 139 is quite explicit in that it mandates the provision of the 240 metre RESA when an airport extends its runway or builds a new one," he said.

"The director of the CAA has decided that the basic minimum of 90 metres is sufficient in the case of Wellington Airport - we disagree with him and therefore we have decided to seek this High Court interpretation."

The Civil Aviation Authority declined to comment until the judicial process concluded.

You can read the report here of the EY economic impact assessment commissioned by the airport.

It said EY's report could not "be regarded as anything more than preliminary" as the "methodology employed by EY overstates benefits while overlooking costs is too great to be ignored".

It also said that the EY "study implicitly assumed that safety requirements would continue to be met and that pilots and airlines would be prepared to use the runway for long-haul operations."

It said that assumption could undermine the whole economic case for the extension and that there was a risk "no benefits would be realised".

It listed two key reasons for that:

Captain Torenvlied stressed that the union was not anti-development, but wanted to see safety levels improved.

"Well obviously as pilots, we would like to have the highest levels of safety, and knowing that the airport safety design is of the highest international standard, and it's really disappointing when considering a multi-million dollar development like this, the proper safety standards are not incorporated," he said.

"After all, when we build a new motorway we don't use cardboard crash barriers because the concrete ones are too expensive. You know, we do it properly. NZALPA believes that should be the same when extending a runway."