The South Island's West Coast may find economic salvation in a report written by an environmental lobby group. 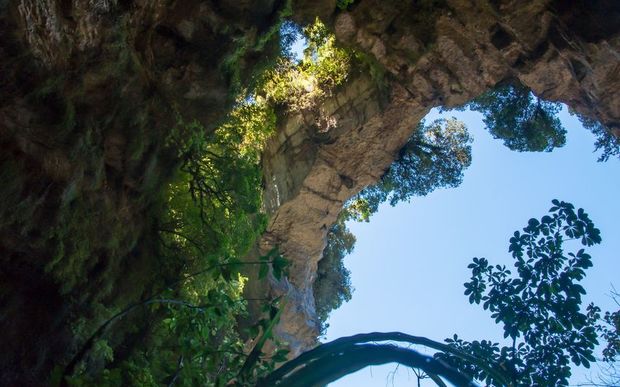 The Oparara Arch, near Karamea - one example of a wealth of tourism attractions on the West Coast. Photo: 123RF

Buller District Mayor Garry Howard has embraced the recommendations in the report 'Jobs After Coal', written by Coal Action Network Aotearoa (CANA), but said its success would depend on the efforts of all communities on the coast, and government buy-in.

Mr Howard said the district was currently reeling in the wake of job losses at Solid Energy, Oceania Gold and Reefton Gold Mining, and the prospect of further job losses next year with the closure of Holcim Cement.

He said that translated to a total of about 1500 people in the Buller community with no income.

The report prepared by CANA, which was recently updated to include recommendations specific to the West Coast, addressed the type of diversification needed, Mr Howard said.

"It's designed to guide this region to where it might go after coal mining."

Some of the recommendations include development of a biofuel industry, micro power generation, construction targeted at retro-fitting homes with modern insulation and heritage tourism based on the Coast's special features.

She said Mr Howard was being proactive in trying to find a new economic direction for the area.

She said there were several overseas examples of former mining communities which had reinvented themselves. They had succeeded through expert planning and help from government.

Ms Fitzsimons believed that a special unit of government needed to be set up to help drive a plan tailored to the West Coast.

"It's very important people like us don't swan in from the outside and tell the West Coast what to do. What we're saying is, there are opportunities here to develop if you choose to."

She said the coast had ample opportunity to develop its own horticulture industry, using greenhouses heated with biofuel made from wood waste. It could develop its own solar energy and other renewable energy industries, which were big employers. She suggested that local tertiary providers could offer courses in energy efficiency.