Homeless people in Napier would like to see money for an emergency shelter in Hawke's Bay in this week's Budget.

Kiri Swannell and husband Kevin run a mobile soup kitchen in Napier's Clive Square every Monday night to feed anyone who comes along, including the homeless, lonely and those in need. The service relies on donations from the public. 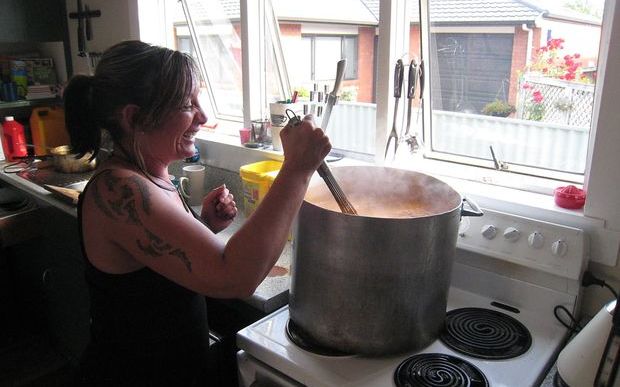 Kiri and her husband Kevin run the soup kitchen once a week for Napier's needy. Photo: RNZ

Between 50 and 70 people show up at the 'Hope Unlimited' soup kitchen each week, and about a quarter of them are homeless.

Mrs Swanell said Hawke's Bay had families sleeping in cars and homeless people sleeping rough, but there was no emergency homeless shelter in the area.

She hoped to see policies in the budget which would help house people and families.

"There's no emergency housing or shelter here in Napier at all - actually, in Hawke's Bay. So for the past year, I've had phone calls from police saying they have found people, where can they put them.

"I've had Salvation Army refer people to my doorstep because they don't know what to do with them.

"There's no such thing as an emergency shelter here in Hawke's Bay," she said.

A wide variety of people use the soup kitchen, among them families with young children.

Mrs Swannell said one of the reasons there was not a homeless shelter in Hawke's Bay was because there was an attitude homelessness and poverty was not an issue in Hawke's Bay. But she sees it all the time.

"A few times we've been in tears, because you've got little ones come down, and it's raining, and they've got bare feet." 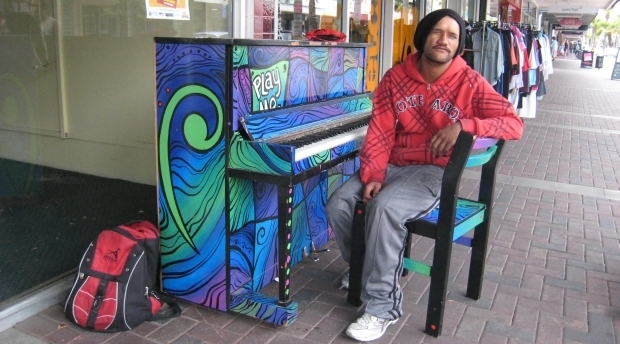 Sooty would like to see a home for homeless people to go to in the area. Photo: RNZ

Sooty sleeps at the back of buildings at night, or in well-known Napier landmarks, and said in the winter time, it was a cold and lonely existence.

What he would like to see in the budget is simple.

"What I'd like to see is our benefits being put up a bit. A home for homeless people to go to, and more support workers," he said.

Tip lived on the streets of Napier for eight months. He has managed to rent a house, but said he found it hard to make ends meet with the cost of rent and power.

"You've got a warm bed, but I still don't have enough to buy food, so I come out here and get food from the people," he said.

A hot topic of conversation at the soup kitchen was the cost of cigarettes.

Trinity uses the soup kitchen in part because the cost of her tobacco addiction consumes a large part of her income, and she can't make ends meet.

"The government should not sell us smokes if they are going to tell us not to smoke," she said.

Andrew is on a benefit, and said he slept rough for a month in a graveyard. He said it was hard to give up smoking, with his life full of stress.

"And you've got people who end up with nowhere to stay, because they can't afford their rent, because of the ridiculous tax on smoking," he said.

Andrew said the "extreme tax" on cigarettes was widening the gap between rich and poor, and Bill English should slash tobacco taxes in Thursday's budget.

Mrs Swannell said the aim of Hope Unlimited was to open an emergency shelter in Napier by the end of the year using donations and fundraising, but any help in the budget would be appreciated.