A North Shore woman has withdrawn her Court of Appeal application for an interim injunction to stop a wharf extension being built by Ports of Auckland.

The company wants to build two extensions to accommodate larger container vessels and super-sized cruise ships but has agreed to halt work on one of the extensions. 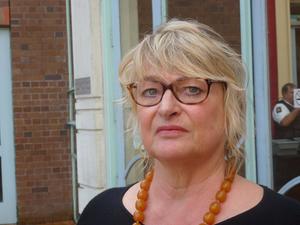 Carol Banks from Devonport, who wanted to launch an independent attack on the extensions, has withdrawn her Court of Appeal application for an interim injunction.

Ms Banks had earlier failed in a bid at the High Court to halt the development.

Court documents show a drawn-out argument over court costs that would be due if Ms Banks lost the case.

Port lawyers argued they have not had time to prepare for an interim injunction and that it should be heard alongside another case being brought by a group called Urban Auckland, which is contesting resource consents.

Ms Banks has indicated she is prepared to have her case also heard in June.