About 1500 people have marched in central Auckland to protest against Ports of Auckland's plans to extend Bledisloe Wharf. 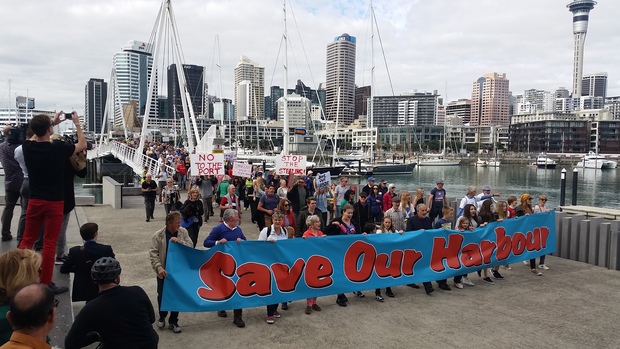 About 1500 people took part in the march against the port extension in Auckland. Photo: RNZ / Anusha Bradley

Last week, the ports company agreed with its council-owner to only go ahead with one wharf extension, not two.

Chanting slogans such as '[Auckland Mayor] Len Brown, flush him down', and 'stop stealing our wharf', protestors marched down Quay Street to the Viaduct.

Stop Stealing Our Harbour protest organiser Michael Goldwater said the harbour was still being compromised by the compromise deal.

He said the groups wanted any expansion work halted until a study into the long-term future of the port was completed by Auckland Council.

Some people at the protest said they wanted to see the port removed altogether from Auckland's centre, to either Tauranga or Whangarei.

Auckland councillor Chris Darby said some protestors may be planning to blockade Ports of Auckland, while some businesses were planning a boycott.

Speaking to the crowd at today's protest Mr Darby said he had had anonymous phone calls from some planning a blockade, but he did not condone any illegal protest against the wharf extension.

He said three major importers had told him they were thinking of boycotting the port, because they were so angry at the way the issue had been handled.

Mr Darby said these companies were so aggrieved they were reviewing their supply chains and considering using other ports.

Another Auckland councillor Christine Fletcher told protestors that her council had failed the people by allowing the Ports of Auckland to expand.

Councillor Christine Fletcher said that approval should not have come. 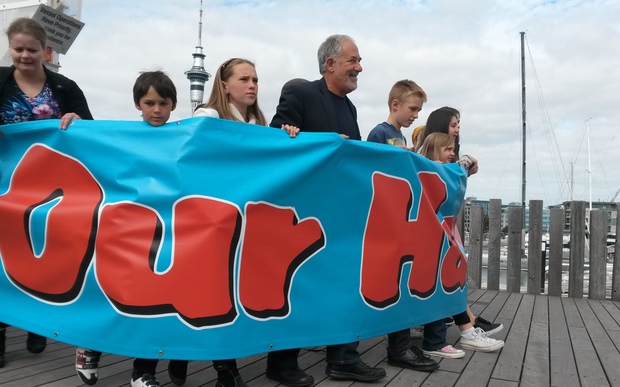 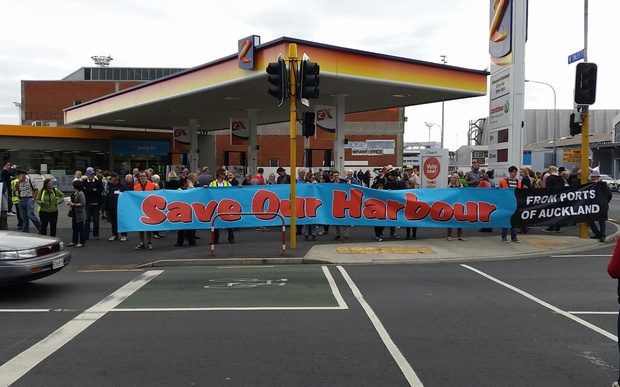 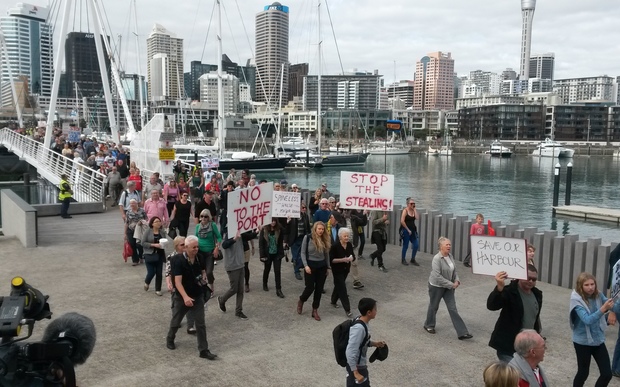