Auckland City Council has approved a panel to represent the city's community of gay, lesbian, bi-sexual and transgender residents. 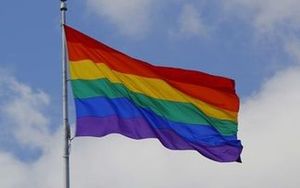 The Rainbow Advisory Panel will join five other demographic advisory panels for the council which include seniors, disabled representation, young people, ethnic groups and Pacific peoples. Established over the next few months, it will cost the council $56,000 a year.

General manager of the Rainbow Youth organisation Duncan Matthews said it was good to see the rainbow community included.

"When you have a body like Auckland Council standing up and saying, 'This community is important, we will be working to represent them alongside other groups we already represent' ... that actually says, 'yes, the rainbow community is valid, it's worthwhile and something to be proud of.'

"It's not ashamed to be a part of that community and it's something which people need to specifically work with being more inclusive around."

However, an opponent of the panel and 2016 Auckland mayoral candidate for Affordable Auckland, Stephen Berry, said the council was overstepping its role.

"I don't think anyone who is gay or bisexual or transgender really needs anything different from the council other than those core services that the council is there to provide.

"The role of the council is to administer our essential basic services, everything else should be dealt with by central government."

Nevertheless Mr Berry said he would apply to be on the panel to be a voice against gay people being condescended to.

Panel members will be finalised at the end of July and its first meeting will be held in August.