The historic Kingston Flyer could end up on the West Coast if a decision is made to change its heritage rating. 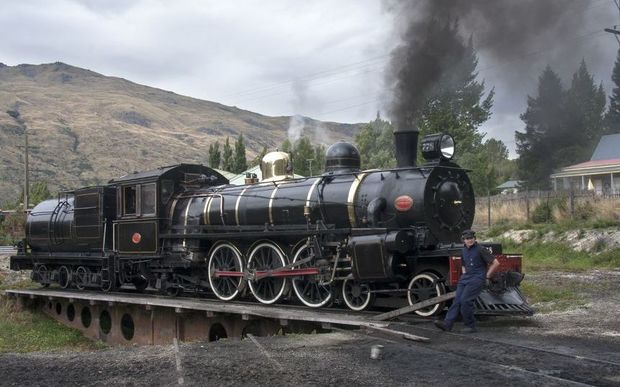 A file photo of the Kingston Flyer on a turntable in February 2012. Photo: 123RF

The vintage steam train has been rusting away on the tracks south of Queenstown for almost two years, after being put on the market by its owner, David Bryce.

The Queenstown Lakes District Council will decide next week whether to lower the heritage rating, which would allow the train to be sold outside the district.

Grey District mayor Tony Kokshoorn said the West Coast would love to buy it and run a service between Hokitika and Greymouth, and possibly extend it further into the Shantytown Heritage Park.

"It fits with our tourism strategy here on the West Coast, and we want to set it up, put a railway into Shantytown and between Hokitika and Reefton we can run this steam engine and just create that extra attraction for the West Coast and the Southern Alps."