The Auckland Council is pushing for more public feedback in the final week of consultation on possible new transport charges. 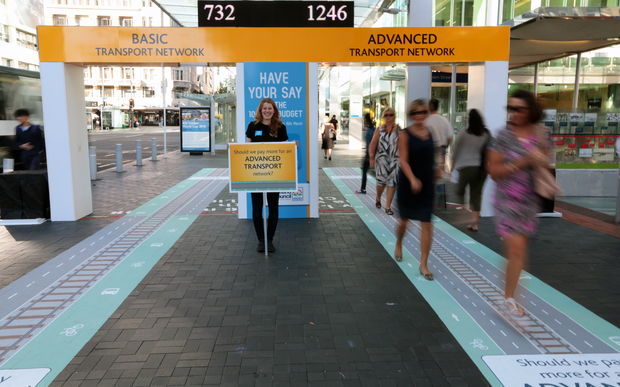 Feedback on the council's proposed ten-year budget closes on Monday, and includes a proposal for either motorway charges, or higher rates and petrol taxes, to fund transport projects.

The council has set up two archways in front of the busiest commuter zone in the city, asking passers by to walk through the lane marked with the option that they prefer.

The extra charges are proposed to raise an additional $300 million a year, for an enhanced list of transport projects that would otherwise be unaffordable.

In the latest breakdown of 5892 responses, 54 percent favoured the enhanced list of projects, which require extra charges.

When asked for a preference, 48 percent opted for some form of motorway charging, while 29 percent supported a mix of higher rates and petrol taxes.