Some Christchurch property owners whose land shifted in the earthquakes are none the wiser about where their property starts and ends, after official advice on boundaries was changed. 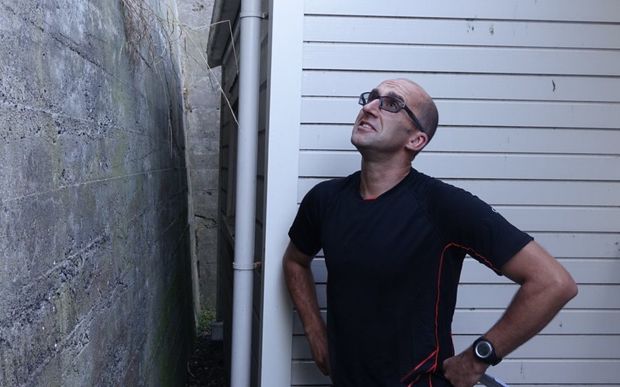 Radio New Zealand reported last month that Land Information had issued proposed guidelines stating a person's pre-quake boundary stood, regardless of whether their property had shifted, in some cases by up to a metre.

That advice has now been withdrawn.

Tony Bennett's hillside property in Sumner moved about a metre in the February 2011 earthquake, on to adjacent council owned land.

His insurer suggested he might like to purchase the land from the council so that it could repair his house on the footprint it currently occupies. 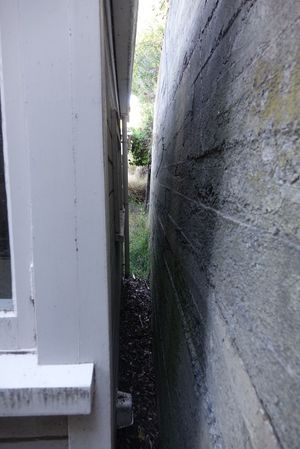 A retaining wall once 1.5 metres away moves to within a few centimetres of the house. Photo: RNZ / Conan Young

"It wasn't under our policy. The policy was clear that they had to put the house back on its former footprint. It was an interesting thing for us to realise that their repair strategy involved us having to buy land at our cost so that they could possibly get away with a cheaper repair."

Mr Bennett was still trying to settle with his insurer and sounded a word of warning for anybody who had already settled or who had purchased a home where the boundary may have shifted during the earthquake.

"If the person had bought this house and it had been repaired where it is now, as the insurance company first tried to do, and then someone turns around and says to you hang on a minute, the corner of your bedroom's on city streets you need to remove that thank you, it's not your land. Legally and financially where that sets you, I worry about some people."

Just how people can work out where a property's legal boundary sits is proving difficult.

Two weeks ago Land Information (LINZ) released proposed guidelines that said no matter where a property had ended up following the earthquakes, its pre-quake boundary was the one insurers and everybody else had to recognise.

One of these groups was the insurance sector which potentially faces a massive bill if it is required to reinstate homes to pre-quake positions.

Asked what he made of the U-turn from LINZ , Insurance Council chief executive Tim Grafton said it represented a chance to get things right.

"People put out things with the best of intentions. The situation in Christchurch is far from straightforward. So we're moving forward from where we're at now rather than having any backward looking sniping at each other."

Quantity surveyor Adrian Cowie said the backdown from LINZ meant the uncertainty surrounding boundaries would continue to hamstring his profession.

Nobody from LINZ was available to comment on the change in advice. A spokesperson said the organisation was continuing to seek feedback from various groups until Wednesday this week and would then use this to help formulate a new set of guidelines. 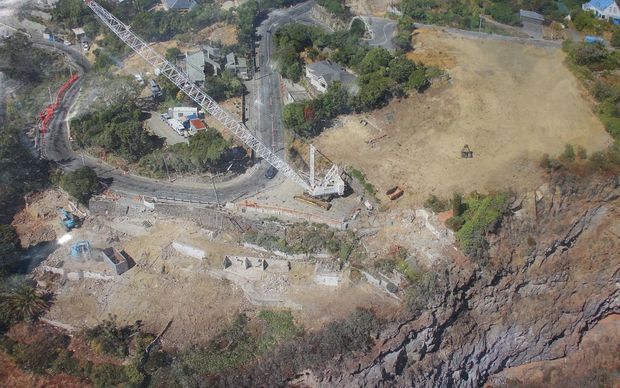