There is an early setback to the Auckland Council's ambition to curb urban sprawl, with only limited backing from an independent panel considering the city's development blueprint. 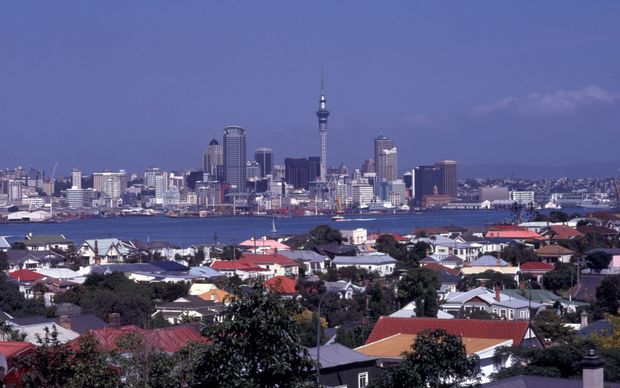 The panel's initial guidance rejected the council's Unitary Plan proposal to prohibit subdivision in most rural areas, outside designated towns.

A second early view on Urban Growth policies also fell short of the council's ambitions for the next 30 years, which would be argued out in the country's biggest-ever town planning process.

The panel said it considered the council's so-called compact urban city model to be appropriate, and for there to be a boundary between the urban and rural areas.

However it suggested a more lenient approach on how rigid that boundary was, and on whether rural areas should be subdivided.

The council was making no comment at this early stage in hearings on the Unitary Plan, but private sector planners spoken to by Radio New Zealand decribed the guidance as a "slap in the face" for the council, and a "seismic shift" away from the intentions of the Unitary Plan.

The council wanted to contain 70 per cent of urban growth within a Rural/Urban Boundary (RUB), and ban future subdivision in much of the rural hinterland. Growth outside the RUB would occur around satellite towns.

The Independent Hearings Panel had been weighing up submissions on the Regional Policy portion of the plan, before leading submitters into mediation.

It prefered the council's Rural/Urban Boundary to the existing Metropolitan urban limit, or to having no boundary between urban and rural land.

"The objective of a quality compact urban city is appropriate...given the signficant growth which is occurring and is expected to continue," it said in its interim guidance.

But the panel said that proposed boundary may be overly stringent, and a more flexible line may better promote growth and relieve land supply and price pressures.

It also took issue with the council's hope to write into its plan, a formula for progressively extending the Rural/Urban Boundary as development eats up the available housing land.

There was support for some of the council's key aims, namely higher density housing in areas close to town centres, major transport routes, or social facilities and employment. It backs a wide range of housing styles in the urban area.

The panel's early view on rural subdivision policy called for subdivision to "be provided to a greater extent". It suggested criteria that must be taken into account, including that "the potential of elite land should not be undermined".

The Interim Guidance was a signal of where the panel saw the starting point for mediation and later the full hearing process, which would run through much of next year.

The panel pointed out it may revise its view after hearing those submission.

Planning consultants have told Radio New Zealand the directions would allow them to argue how subdivision may occur in rural areas, rather than whether it should occur. Also how, not whether, the Rural/Urban Boundary can be extended.