Rates in Christchurch could rise 26 percent over the next three years as part of a proposal from the city council to meet a $1.2 billion budget shortfall. 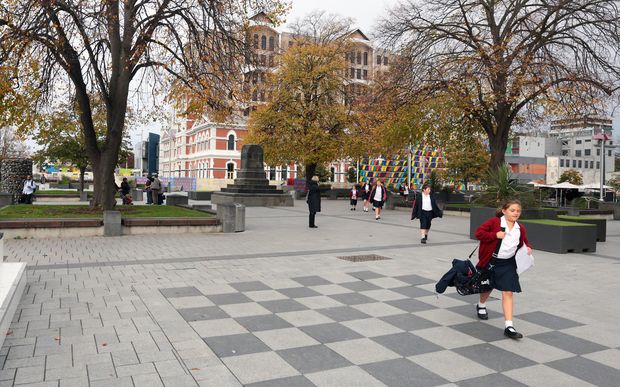 This comes at the same time as a proposal to sell off an increased stake in the council's assets, up from $550 million announced late last year, to $750 million.

The plan was for rates to go up by 10 percent in the coming financial year and a further eight percent for each of the following two years.

After three years, the average rates bill would have increased by $40 a month, something those on fixed incomes, such as pensioners, were likely to struggle to pay.

Grey Power Canterbury president Ian Brownie said in 70 years of paying rates, he had never seen an increase this steep.

"It's starting to get very hard. I have heard of people, that they can't afford it and they've ended up selling their house and going into a retirement village."

Mr Brownie said if the rates increases went through, he and his wife would have to make some changes.

"Once a week we go out for a meal, quite often to a working mens club. But if it gets to that stage, I'm afraid going out once a week will be cancelled."

Chief executive of Age Concern Canterbury Simon Templeton said for pensioners an increase in rates would often lead to a cutback in the amount home heating gets used.

"That then flows into health problems and people becoming unwell over the colder winter months. So there's a real flow on effect here of costs to the wider economy from increases like this."

Mr Templeton said it was not fair that the elderly, who would feel a rates rise more keenly than any other group, were also unlikely to see any benefit from the new city the rates money was helping to build.

"They have probably lost the most. They have lost the communities they grew up in. And so there are a lot of older people who do feel very sad about the fact they won't get to see the benefits of this whole new city that's being built around them."

The council will vote on the proposed rates increases and asset sales before beginning a public consultation process. It says it will consider how it could keep the increases to single figures over the course of the next three years.

Record rates rises are not the only weapon in the council's arsenal to tackle its budget deficit.

It has increased the amount it wants from asset sales from $550 million to $750 million, and is now willing to sell increased stakes in its lines company, Orion, Lyttelton Port and the airport, in order to sweeten the deal for investors and maximise its return.

Head of research for Craigs Investment Partners Mark Lister said this was a good move.

"Having twenty, twenty five percent, at least you've got a bit more of a seat at the table. So I think it will make it a little bit more attractive. People will feel like it's a bit more worth their while and they'll be incentivised to pay a bit more of a sharper price."

But those wanting to sell more of the council silver could have a fight on their hands.

Councillor Andrew Turner, speaking on behalf of People's Choice, the largest voting block around the council table, said they would not accept a dollar more being sold beyond the $550 million agreed last year.

"The People's Choice councillors have always said that beyond the point we got to in December, rather than releasing further capital, we would look at where we could find significant cost savings to create a balanced budget. And that's exactly the attitude we're taking now."

The council will vote on the proposed asset sales and rates increases tomorrow before beginning a public consultation process.