Christchurch ratepayers, who are already reeling from record high rates increases, are likely to face even more pain. 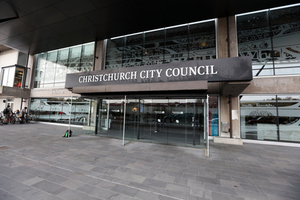 Christchurch City Council is facing a $32 million shortfall over the next decade. Photo: SUPPLIED

The Christchurch City Council is being advised that a change in the law reducing the amount councils can charge property developers has left a hole in the council's finances that can only be filled by an extra 1 percent rise in rates each year for the next decade.

The changes came into law on 8 August.

Housing Minister Nick Smith said increases in development contributions had been holding back the building of new homes and had to come down.

It means councils can no longer charge developers for new swimming pools and libraries.

The advice to the council shows a resulting shortfall of $32 million over the next 10 years and talks about meeting this through rates increases.

Ratepayers have already been landed with a 7.5 percent increase for the current financial year.