A small protest against the involvement of police in Auckland's Pride Parade last night led to the arrest of one person and another being injured. 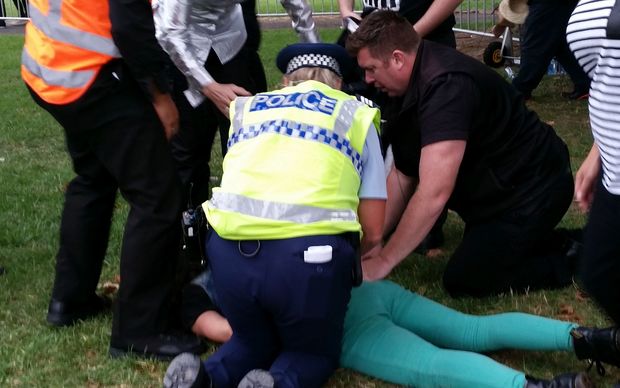 A protestor being restrained at the Auckland Pride Parade. Photo: RNZ / Joanna MacKenzie

About 1700 people took part in the parade on Ponsonby Road, including a contingent from the police who marched in uniform for the first time in the event's history.

Three demonstrators with a banner that read 'No Pride in Prisons' broke through the barriers to the route.

Police said one suffered a suspected broken arm as she was removed by security, and a bystander was arrested but would not be charged.

Event director Richard Taki said he was happy with how his team handled the situation, and the police in the parade were well received by the crowd.

"I do have a very highly-qualified security team and we work a lot with police about scenarios like this and they managed it well." 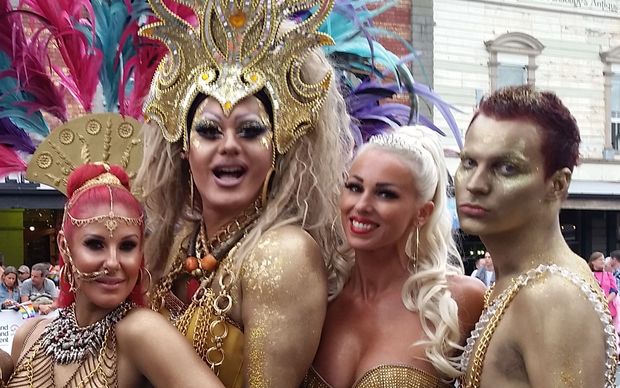