Two people were arrested for disorderly behaviour after the police say they tried to disrupt Auckland's Pride Parade tonight. 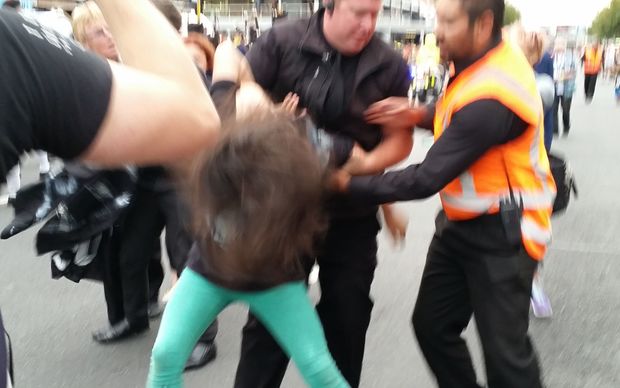 Three protesters broke through barriers in front of a large contingent of officers who were taking part in the parade in Ponsonby.

They held up a banner that read, 'No Pride in Prisons'.

Police said one of the protesters suffered a suspected broken arm as she was being removed from the parade by the event's security staff. 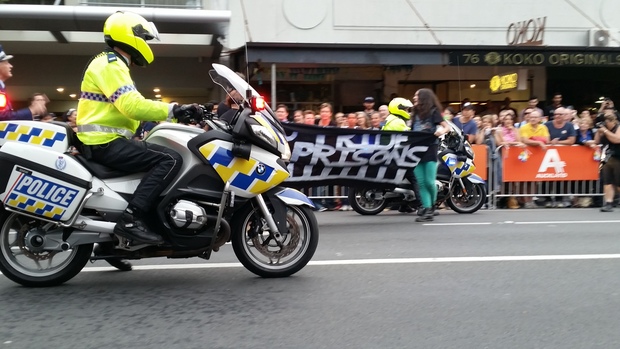 Protesters enter the route of Auckland's Pride Parade with a banner reading 'No Pride in Prisons'. Photo: RNZ / Joanna MacKenzie 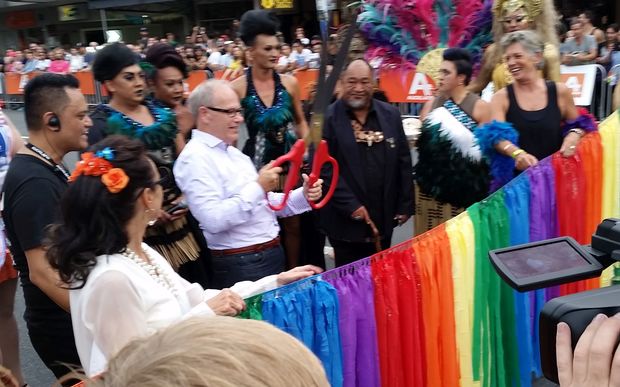