Hundreds turned out in Christchurch today to mark four years since the earthquake that changed the city forever. 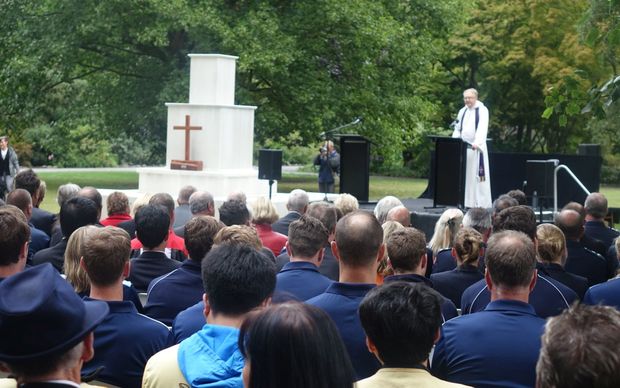 A fun run was held in the hills above Christchurch, flowers were let go in the Avon and Heathcote rivers at 14 different spots, and about 1000 people attended a memorial service in the Botanic Gardens.

It took almost 11 minutes to read the names of the 185 people who lost their lives in the 22 February earthquake.

The day was a difficult one for Julie Berg who lost her daughter, Heidi, in the collapse of the CTV building, where 115 people perished.

"I just feel so empty, still. We lost our daughter in the CTV building and we're just constantly trying to recover from it really."

Julie Berg said the anniversary dragged up memories of the day the earthquake struck and was always difficult.

"When you lose someone, usually it's a private thing but it's all still so public and that's quite hard to take. But I think that it's good to know that there's the acknowledgement from everybody else." 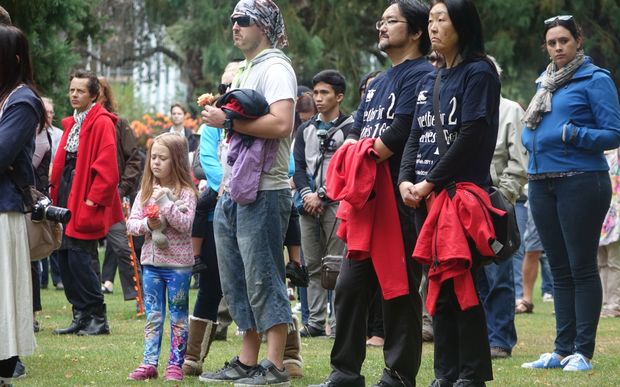 One of those to address the family members of those who died and the hundreds who joined them amongst the trees at the botanic gardens, was Ken Hird.

He has a permanent disability as a result of the injuries he sustained four years ago, and asked everybody gathered to remember how precious life is.

"Four years ago today everyone in Christchurch experienced just how fragile life can be and how resilient we can be as well. I wish you all to reflect on your own precious gift of life and to enjoy and celebrate what you have each and every day."

Following the service, people moved to a nearby bridge over the Avon River and, accompanied by a bagpiper, threw flowers into the water in an act of remembrance.

Mayor Lianne Dalziel joined people on the bridge said that this year could well be one of the most difficult yet for a number of people in Christchurch.

"The thing that you miss the most hasn't changed and that isn't going to change. And a lot of people have moved on, so you know, it is really important that we continue to reach out to those that haven't been able to."

Helen Hewertson was in her car when the earthquake struck and said it was a day she would never forget.

"Then I realised what was happening and went, oh my God. You know, cars have stopped in the middle of the road, the big sump in front of me popped up, the lamp posts were going backward and forward in front of me like merry hell. It was very, very frightening."

The earthquakes made Ms Hewertson's Dallington home unliveable and forced her to leave Christchurch for Rangiora.

"Yeah I feel for everybody else and it's quite emotional to me."

It is hoped that by next year's anniversary construction would have started on a memorial for the earthquake victims.

Consultation is now underway on which of the six shortlisted designs people would like to see built on the banks of the Avon.