Fans of an American RnB artist are furious they waited hours for her concert to begin in Christchurch last night, only to have it end after 10 minutes. 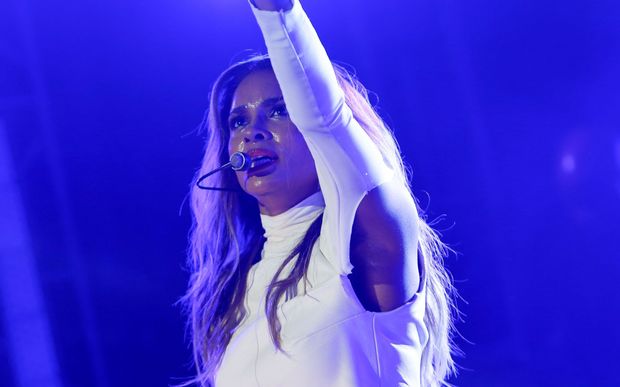 A crowd of up to 1500 people waited outside on the Ilam Fields for nearly three hours before Ciara came on stage.

She was due on before 9.30pm but did not sing her first song until nearly 11pm, just minutes before a local sound curfew kicked in.

A local university student, Emily, who did not want her last name used, paid $48 for a ticket.

"It's just a lot of money for students and you expect someone to perform a good set. You don't expect to pay money to see someone perform five top songs, like, it's just about a tenth of what you'd expect," she said.

Other concert-goers were under the impression Ciara sang only two songs.

Emily said it would have almost been better if the singer had not performed at all.

"It was a bit of a scam that she came on in the end at all. Because it just would have been easier for us almost if she hadn't come on," she said. "It was a bit like she came on and played her songs so they could say she played."

The people who purchased VIP tickets, which cost more than $100, were left waiting when the artist failed to show up at a scheduled meet-and-greet.

Another concert-goer, Philippa Moran, said the crowd was not impressed when the performance abruptly ended.

"I saw a couple of cans being thrown onto the stage, and pretty much the whole crowd was booing her, which was unfortunate," she said.

Social media was rife with speculation about why Ciara took so long to begin her show.

Radio New Zealand understands the show was originally booked for nearby student bar The Foundry but was moved to Ilam Fields because there was so much interest.

One source involved behind the scenes said the promoters and Ciara's agents were arguing backstage about contracts regarding that change in venue.

The University of Canterbury Students' Association, which manages the venue, said the organisers were well aware of the council's noise curfew.

Its president Sarah Platt said any breach of the curfew could have jeopardised the association's orientation events, which begin tonight.

"We have four other key events over the next week that are part of our orientation and are designed for students," she said. "We weren't prepared to breach our noise consent and put those events in jeopardy."

In a statement on Facebook on behalf of promotion and touring agency Ginnen Group, Matty Pelua said it was truly sorry Ciara didn't perform for longer, and it would be offering full and partial refunds to ticket-holders.

"The Event Team wish to apologise for the events which took place last night, although it was outside of our control we are truly sorry. We, like you, are disappointed that the headline act was unable to perform as we had been assured they would from the booking agent," it said.

"We want to reassure all Meet & Great [sic] ticket holders that you will receive a full refund. We are also happy to negotiate part refunds for other ticket holders."

Mr Pelua was encouraging people to apply for a refund at info@castorandford.agency.

On social media, Ciara said she was ready to perform on time but that there were matters outside her control.

She was due to perform in Porirua tonight, and in Auckland at the start of next month.