The organisers of two separate concerts in Christchurch last night have issued an apology to disgruntled fans. 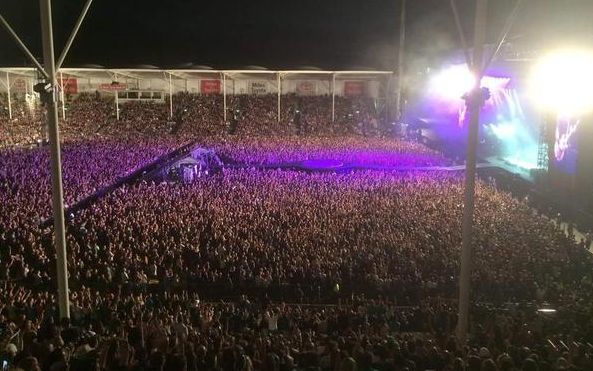 At AMI Stadium, people were still queuing to get in when the band, the Foo Fighters, began to play.

At Ilam Fields, the headline act, American R&B singer Ciara, took to the stage more than an hour late and played for just ten minutes.

Organisers for both events apologised to fans with statements on Facebook.

The organisers of the Foo Fighters concert VBase said the number of people arriving in the final hour meant there were delays getting everyone through the gates.

VBase's Darren Burden said they had learned a lot from what happened.

"We've looked back at it now, we probably could have done one or two things a little bit differently to try and improve it.

"But this is the first time we've had a major concert in that stadium," he said.

The organisers of Ciara's concert said they were disappointed she did not perform longer, and were offering full and partial refunds to ticket-holders.

Radio New Zealand understands Ciara was supposed to take the stage at 9.30pm but did not start until just before the noise curfew took effect at 11pm.