The 60 remaining whales that beached at Golden Bay are being refloated, some on pontoons. 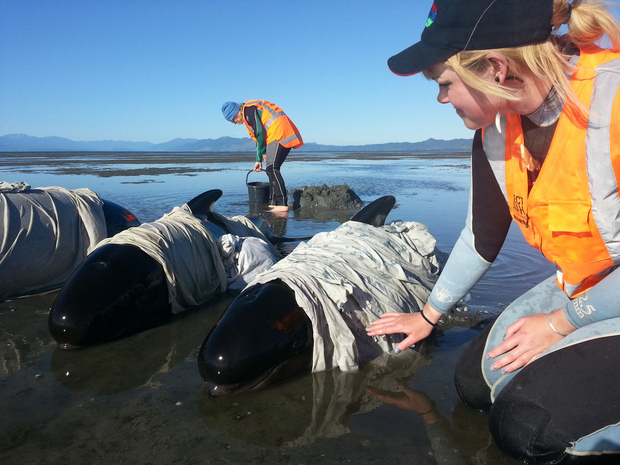 Department of Conservation staff and volunteers rushed to the Farewell Spit area to try to rescue 198 long finned pilot whales yesterday, but this morning the whales stranded again.

At high tide at 6pm tonight, up to 200 rescuers led the whales into the ocean.

DoC spokesperson Andrew Lamason said everything was so far going to plan.

"There's a lead group of about twenty and they're swimming out into deeper water and the remaining whales are sort of straggling, but they appear to be generally following that lead group as well. At the moment it's looking quite positive."

Mr Lamason said he would not know until dawn if the whales have stranded again.