Another arrest has been made in relation to the fatal shooting of a man in Lower Hutt last week with a 19-year-old woman charged with murder.

The charges relate to the death of Adam Watkins, 39, who died from gunshot wounds at a Taita property in Lower Hutt. 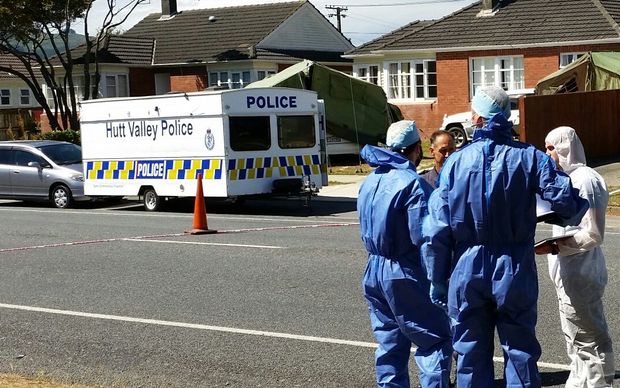 Police and forensic investigators at the scene in Taita on Friday. Photo: RNZ / Ruth Hill

Police said the arrested woman knew Mr Watkins and the other occupants at the address.

The 19-year-old is the second person to be arrested over the killing.

Earlier today, a 29-year-old man appeared in the Lower Hutt District Court charged in relation to the shooting.

Detective senior sergeant Warwick McKee said police are not seeking anyone else over the killing at this time.

But he said he would like to hear from people who may have seen a white Nissan Micra in the Taita area at about 8pm last Thursday.

The Armed Offenders Squad cordoned off an area around a High Street property after a weapon was fired there about 8pm on Thursday.

Mr Watkins's body was found at the house shortly afterwards.