A scene examination is underway at a house in the Lower Hutt suburb of Taita after a shooting last night.

A man was later found dead at the house and the police have launched a homicide investigation. 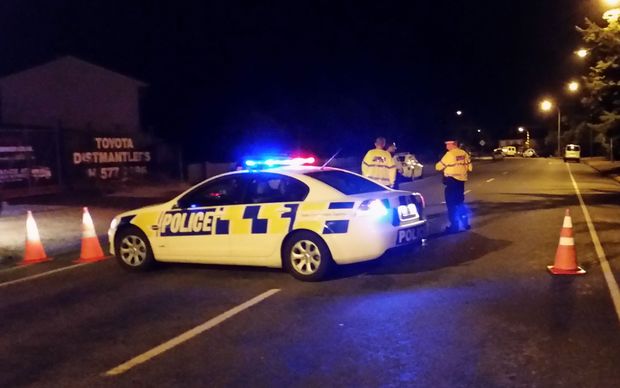 Police at the scene of the homicide investigation in Taita. Photo: RNZ / Eric Frykberg

The discovery of the body led the Armed Offenders Squad to cordon the area and clear some people from their homes.

A neighbour said she heard shouting and screaming coming from a house opposite her High Street home, then heard police use a megaphone to call the name of a man inside, demanding he come out.

Another witness, who declined to be named, said she was driving past and saw two women screaming at the house.

"I knew one of the ladies there so I turned around to see if she was OK, and i jumped out of the car, it wasn't until I got closer to where she was I saw the body and heaps of blood there, so I called the ambulance."

Police were asking for any other witnesses to come forward.