Auckland Council has agreed to support the government's oil exploration programme, despite a tense morning which included protestors yelling at councillors. 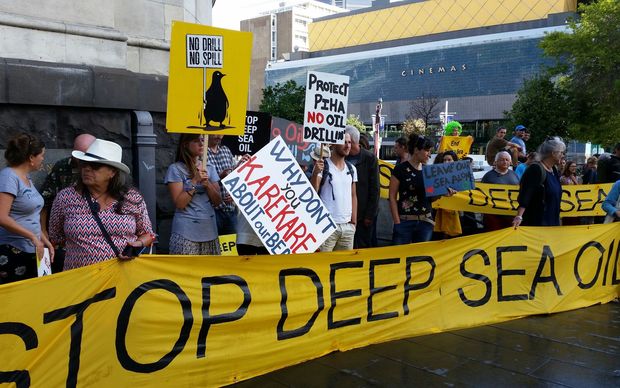 The council's regional strategy and policy committee has been discussing its final submission on the Taranaki block offers today in front of about 100 anti-drilling protestors.

Councillors were deciding on an amendment to change its submission to supporting with conditions, or to an all out opposition to offshore oil exploration.

The vote was tied, so Councillor George Wood used his casting vote as chair to oppose the amendment.

But, it was then revealed that Councillor Arthur Anae, who had earlier said he would support the decision to oppose exploration, was in the bathroom.

Councillors for the amendment argued that the vote get re-cast.

Mr Wood again used his casting vote to ensure the council's stance was that it supported the Government, if it made provisions to protect the Maui's dolphins.

Greenpeace has begged Auckland Council not to support the government's oil drilling programme off the city's west coast.

Campaign spokesperson Steve Abel said the government's proposal would provide no financial benefits to Aucklanders, and would put beaches, birds and marine life at risk. 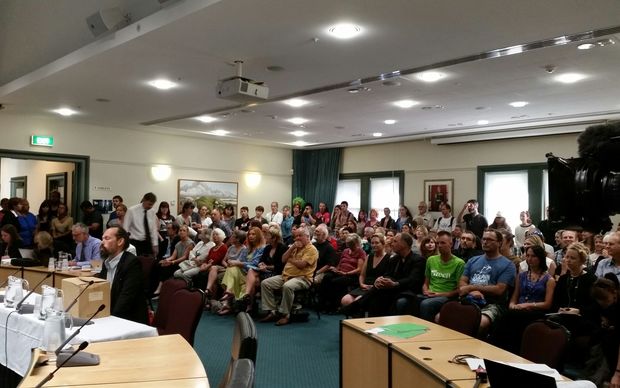