Iwi representatives from Northland and throughout the rest of New Zealand have marched in central Auckland in protest against deep sea oil drilling. 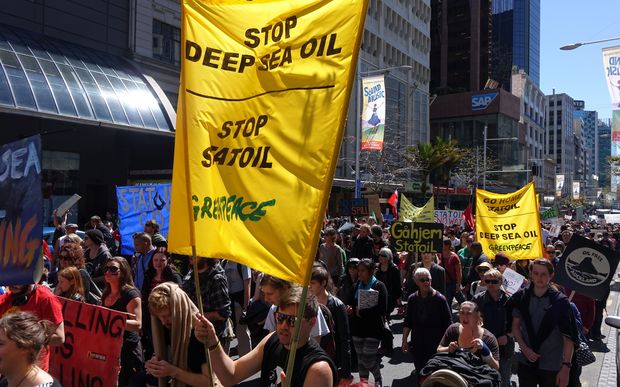 Norweigan giant Statoil has a 15-year permit to explore for oil off the coast of Ninety Mile Beach and Cape Reinga.

But a kaitiaki from Ngapuhi and leader of the hikoi, Mike Smith, said Far North iwi do not want the company drilling for oil there

"There have been consultation meetings between Stat Oil and Far North iwi in the past, but the elders told them that they weren't welcome. They do not want Statoil to start drilling for oil and disturbing the marine environment," he said.

Further protests are planned for throughout the summer.

The Petroleum Exploration and Production Association of New Zealand said it is open to future discussions with Northland iwi.