A series of experiments in the Wellington area has given scientists a better picture of the fault line which crosses the region from east to west.

In 2012 scientists laid a series of underground charges over the fault line which runs from the east Wairarapa coast through to Queen Elizabeth Park on the Kapiti Coast.

The scientists from Victoria University, GNS Science, Japan and the United States, exploded the dynamite 50 metres below ground and then recorded the echoes or reflections that were heard.

This information was then manipulated by computer to form an image.

Wellington is near the boundary of where the Pacific plate slides under the Australian plate.

A geophysicist at Victoria University, Tim Stern, says they had initially planned to record the echoes from the top of the Pacific plate, which is 15 to 30 kms below the earth's surface, but were surprised to find the explosions were felt all the way to the bottom of the plate. 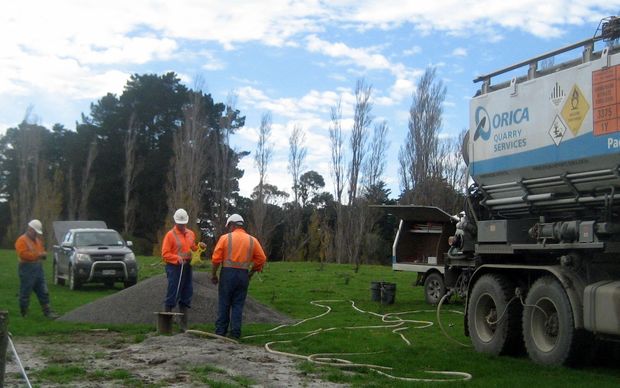 "It was a great surprise because we didn't think we could penetrate to that depth with the explosives we had. Evidently we did, and this is the first time we have imaged with this type of method."

Previously, the only information geologists had about the Pacific plate came from measuring earthquake shockwaves.

The scientists found the tectonic plates are gliding on a layer of soft rock just 10 kms thick - weak enough to allow the plates to shift many centimetres a year.

Professor Stern says there is also a thin layer, just beneath the plate, which appears to be molten rock, and that is what makes it easier for the plates to slide around by acting as a lubricant.

"A weak, slippery base essentially decouples the plate from the sticky, underlying mantle," says Professor Stern. 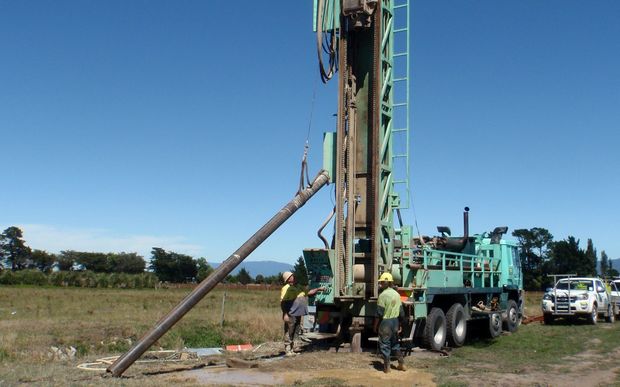 Scientists from Victoria University, GNS Science, Japan and the United States were involved in the research. Photo: Supplied

"This gives us a good idea about the forces required to push and pull the plates around." 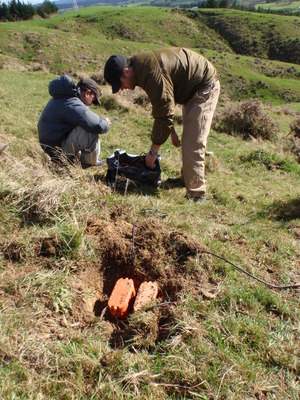 He says it means that the plates can be pushed and pulled without strong resistance at the base and also explains why the plates can sometimes change direction abruptly.

But he says the research does not give any better clues about predicting earthquakes.

"There are no earthquakes down there, they occur at the top of the plate, they happen at the interface between the top of the Pacific plate and the overlying Australian plate."

Professor Stern says the research would, however, give a broader knowledge of plate tectonics and could help answer a long-standing debate among earth scientists about what drives the movements of the plates.

He says the research suggests the plates are being pulled and pushed from the edges.

Professor Stern says they hope to conduct the same experiment again, this time at right angles to this fault line, to see if they get a clearer image.

The research is published in the journal Nature today.