One house has been destroyed and two damaged by a blaze on the outskirts of Christchurch today. Three cars and a number of motorbikes were also destroyed.

Warning: Language in this video may offend

The fire, which has been brought under control, started about 2.30pm and eventually covered up to 30 hectares in the Yaldhurst, Hornby and Hei Hei areas.

Fire Service regional manager Dave Stackhouse told Checkpoint they were getting on top of the fire.

"We had to evacuate 30 or 40 homes and unfortunately we've had fire damage to two houses," he said. 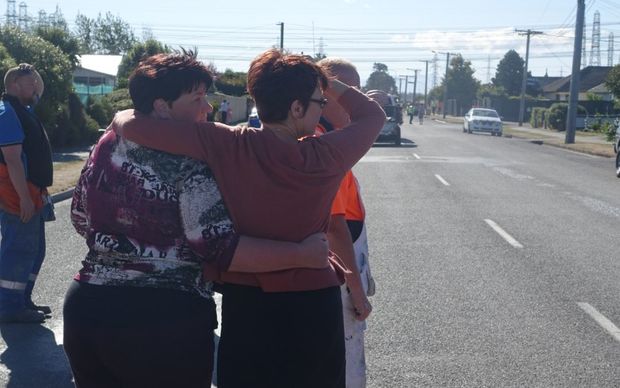 Neighbours in Roberts Road, Christchurch, where two homes have been damaged by a blaze comfort each other at the cordon at the end of their street. Photo: RNZ / Conan Young

One house was believed to have been destroyed, and early this evening police started taking people to check their homes.

Massive fire out Hornby way, started with a blown transformer allegedly. Looks very intense, smoke blowing all the way out to Riccarton!

Massive explosion/fire near where we live in HORNBY. Hope no one is hurt. School down the road evacuated to the... http://t.co/HY20cmxwvx

Heartbreaking that people have lost their homes in christchurch fire. Hoping no more are lost.

Gilberthorpe School principal Andrew Wilkinson said his school was evacuated, with smoke and flames coming within a few hundred metres. The evacuation included getting children out of the school pool, which was then put to good use.

"We raised the alarm and evacuated everybody to the far side of the field just in time for the helicopters to use our pool for their monsoon buckets," Mr Wilkinson told Checkpoint.

The children were released from school but many lived nearby and were not allowed back into their homes for some time, he said. 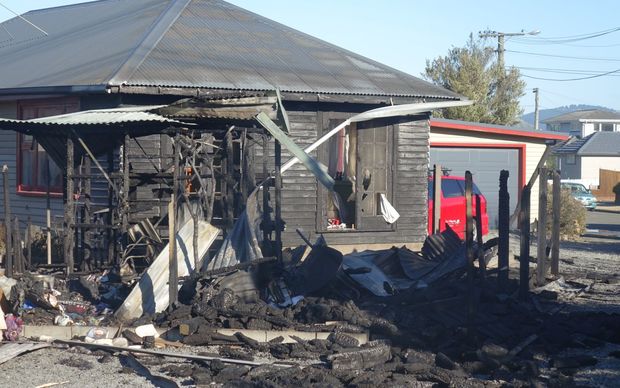 The aftermath of the Christchurch blaze. Photo: RNZ / Conan Young

A Christchurch woman who was evacuated from her Hei Hei home said a massive amount of thick black smoke suddenly filled her street.

"I was at home at the time and walked out and there was a guy standing across the street and he said there was no power, and then there was a massive amount of smoke - thick black smoke," Penny Osborne said. 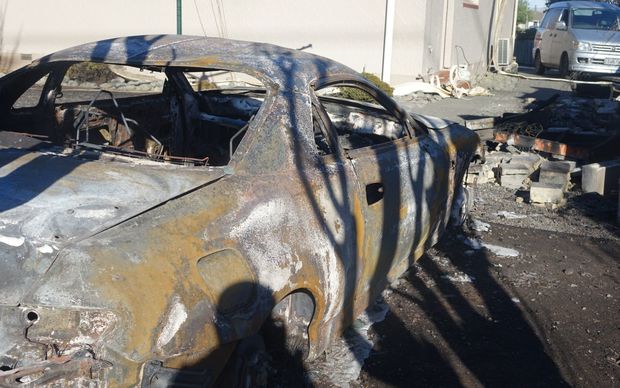 Leilanei Jenkins, the mother of a man whose house was destroyed by the fire, said the disaster could not have struck at a worse time for her son and his partner.

"She's having a baby in April and is so excited and had got everything - all the clothes, all baby stuff," Ms Jenkins said.

Ms Jenkins said she was grateful to neighbours who had rallied and donated things for the baby. 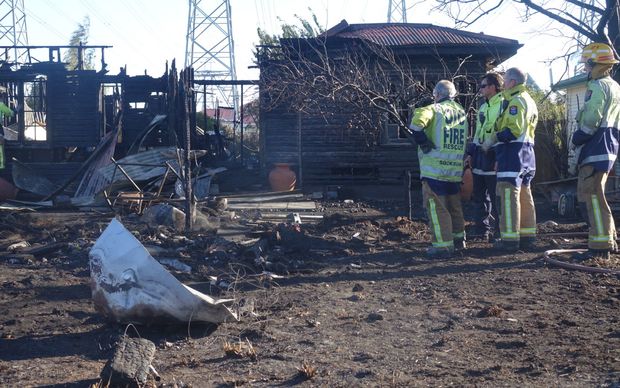 The Christchurch City Council set up an evacuation centre at Hornby Primary School - which had itself been evacuated.

Mr Stackhouse said fire crews were mopping but were yet to determine how the blaze started.

Warning: Language in this video may offend

At Cust, between Rangiora and Oxford, a house was briefly surrounded by a scrub fire which started in a paddock in Earlys Road on the southern side of the township.

"They were here. I suppose they're pretty happy that their house has survived," Mr Shepherd said.

"It melted a ladder against the house and it's melted the guttering on the house but the house is still standing, which is very fortunate."

A smaller scrub fire at Kaiapoi was also contained.

The Fire Service also had to contain three or four small scrub fires in the Selwyn district. 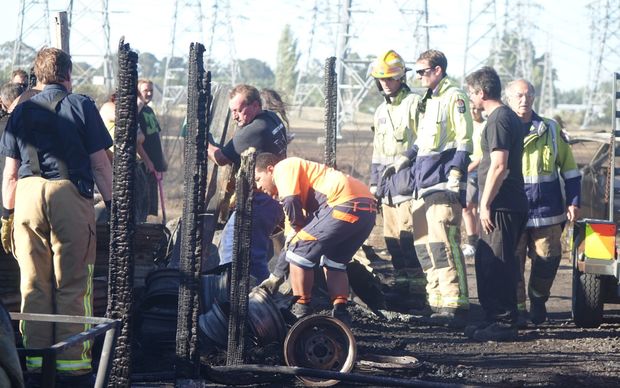 The spokesperson said unpredictable winds and high temperatures were to blame for the spate of scrub fires.

MetService meteorologist Karl Loots said rain was not expected in the Christchurch area until tomorrow night, although the gale force winds would ease this evening.

Winds of 90kmh had been recorded, and it had also been exceptionally hot and dry.

Mr Loots said the winds were expected to ease tonight, down to 10kmh, and tomorrow morning would be cooler. 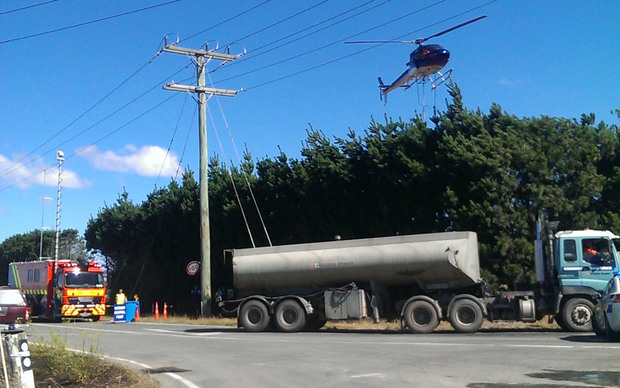 Emergency services at the scene of the blaze in Chrstchurch. Photo: RNZ