Auckland councillors are at loggerheads over an independent inquiry into a major development project in west Auckland. 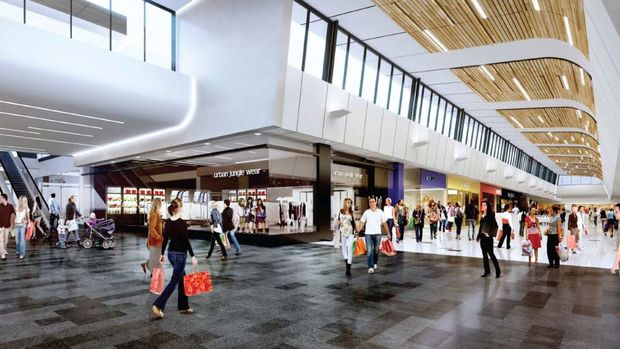 An impression of the centre. Photo: Supplied

The Auditor-General is finalising the terms of reference for the inquiry into the council's management of the Westgate project, which it had committed $200 million to.

One councillor, Dick Quax, confirmed he and two others met with the Auditor-General's office last year about their concerns.

But his fellow councillor, Linda Cooper, said there was nothing dodgy about the project and the complaints about it were politically motivated.

Westgate was first proposed over a decade ago, with the old Waitakere City Council agreeing to help fund the $1 billion project - a commitment carried over when the new Auckland Council was created.

Westgate was being developed by the New Zealand Retail Property Group and several big-box stores opened there last year.

The development - essentially a new town centre - will eventually include a town square, a park, and a new library.

Mr Quax said he and fellow councillors George Wood and Christine Fletcher had long-standing concerns about the project.

"We've made our concerns known to the office of the Auditor-General and they have decided that they would like to look into this matter somewhat more than perhaps they've looked at it in the past."

"It may be that everything is above board, and certainly we would hope so, but nevertheless those were some of the concerns that were raised with the Auditor-General."

An independent report into the project was completed in 2012 by senior Auckland lawyer Chris Moore, but was never publicly released because it was legally and commercially privileged.

Mr Quax said he had seen the report, but it did not answer all his questions.

But Waitakere ward councillor Linda Cooper said there were not any questions to answer.

"There's no evidence that anybody's done anything dodgy. Councillors at the time made decisions in good faith with the best information, and also the Auditor-General signed off everybody's legacy long-term plans."

There was no template to follow for a project of Westgate's size and the complaints were political grandstanding, Ms Cooper said.

"The development contribution arrangements are not a cookie-cutter - you have to negotiate all along the way and that's what's happened.

"This has been an ongoing issue that some people have pushed and pushed and wanted to decline money for contracts already entered into."

The draft terms of reference, which are expected to be released later this week, seemed to be as much about how to carry out a project of Westgate's size as they were about uncovering any wrong-doing, Mr Barbour said.