The heavily-indebted Kaipara District Council is defending its move to sue people who have not paid their rates, in protest at the council's unlawful borrowing. 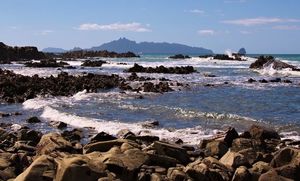 Up to 1500 people withheld their rates in the past three years, and challenged the council's right to charge them for a sewerage scheme expansion they were not told about.

Council commissioner John Robertson said that number had now come down to about 100.

Mr Robertson said taking the rate rebels to court was a last resort, but it was only fair that everyone helped to pay for council services.

Mangawhai Ratepayers Association was paying for people to challenge the rate demands in the district court.

Mr Robertson said whatever the sins of the previous council, the rates had been validated by a parliamentary bill and the council believed they were enforceable.

He said Kaipara's debt came down from more than $80 million to about $70 million.

The bulk of the money was borrowed for the Mangawhai sewerage scheme.