The council allowed the cost of the Mangawhai sewerage project to balloon by $25 million between 2006 and 2009.

Two years ago the Kaipara council was sacked and replaced with commissioners, after it borrowed to extend the scheme and raised rates without telling ratepayers. That was unlawful, the council spiralled into debt, and the Auditor-General has apologised for the error Audit New Zealand made in not picking up the mistakes. 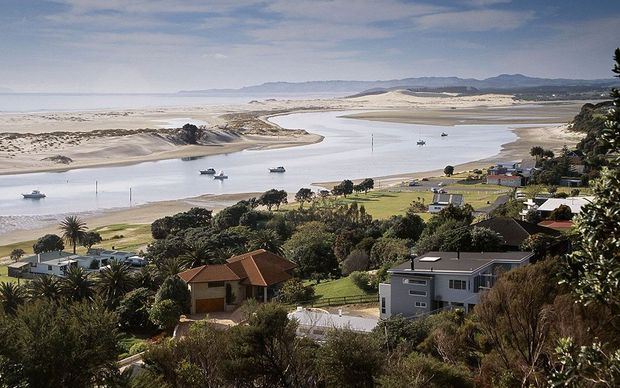 Council borrowing for the scheme has been ruled illegal. Photo: PHOTO NZ

Chair of the commissioners John Robertson said the council will take Audit New Zealand to court arguing negligence on the part of the auditor, particularly in the years 2006 to 2009.

"We would be seeking damages from Audit New Zealand - the amount of damages is not established."

Audit New Zealand would not be interviewed but in a statement said it would assess the case against it. "If the Kaipara District Council considers that the events associated with its management of the construction of the wastewater scheme at Mangawhai provide the basis for a legal claim against its auditors, it is entitled to put that to us. We will assess the strengths and weaknesses of any such claim."

Mr Robertson said the council was also trying to hold its former chief executive Jack McKerchar to account, and would be suing him for a breach of contract. "We would be taking action to seek money from him."

But getting that may be difficult, as Mr McKerchar is protected both by the statute of limitations and his settlement agreement with the former council.

"The problem is now because of the mucking around that's gone on it's going to be extremely hard to make anything stick."

He believed the court cases were window-dressing by the council for local MP Mike Sabin. "The announcement has been timed to come out two or three weeks before a national election so they can make a big song-and-dance about Mike Sabin having been the hero, who agitated for all this."

Mr Rogan said it had in fact been ratepayers who pushed for more accountability and they had met with consistent resistance from the government and council.

Mr Sabin said he wanted the Auditor-General to negotiate a settlement with the council.