A Wellington bookshop has lost about 20 percent of its stock after a sprinkler went off this morning. 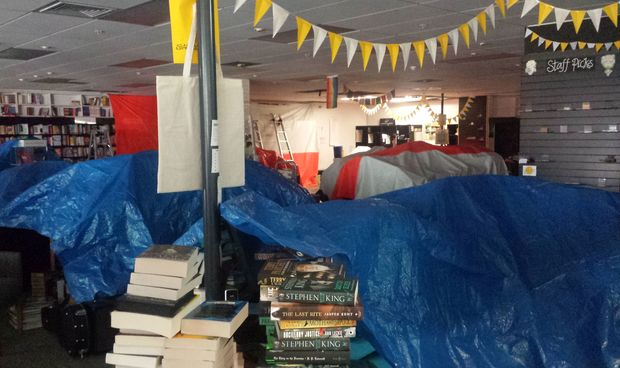 Unity Books will be shut until at least Saturday, the company said. Photo: RNZ / Chris Gilbert

Unity Books manager Tilly Lloyd said they were not sure whether the sprinkler was automatically deployed or whether a pipe burst, but the water ruined hundreds of books and shut down the phone and computer systems.

She said it was a major blow.

"It just means that we all have to work extra hard to recapture what we had. That's all. That's what happens to everybody that has some kind of mini-disaster," she said.

"But we'll get through it and it's been handled really well."

Ms Lloyd said the shop would be closed until at least Saturday.

She said customers would be able to order through the shop's website tonight.