Potion bottles and high end English china have been excavated from a downtown Queenstown development site, giving archaeologists a rare glimpse into the lives of the first European settlers in the resort. 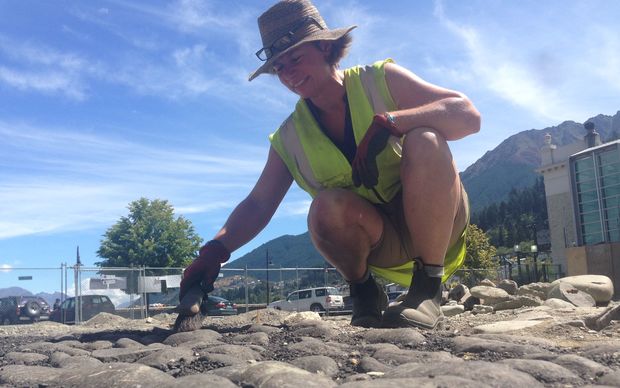 A $6 million apartment and retail building is about to be built on the prominent site, next door to Eichardt's Hotel on the Queenstown waterfront.

The land has been used as a carpark since the 1950s, but lying just beneath the surface is whole different world - the 1860s and 1870s.

The Romanesque floor of Eichardt's Stables was intact and leader of the dig, Dr Andrea Farminer said it was real gem.

"It's as it was in the 1870s when Albert Eichardt built it to complement his hotel next door."

Dr Farminer is carrying out the work, a requirement before Skyline Enterprises builds its ultra-modern, high end retail complex.

"We had hoped the whole site would be undisturbed but it appears some of it has been altered through the early part of last century," Dr Farminer said.

The outlines of six oak barrels are still clearly visible at the site.

Otago University archaeological PHD student, Naomi Woods, said that was most likely the location of the hotel's men's toilets.

"It's starting to smell very much like a latrine...which does mean you are digging through poop," Ms Woods said.

But the upside of old toilets was the fact that anything dropped down them in the past was unlikely to be recovered.

"They can be good receptacles of interesting things," she said.

White potion bottles, such as Barry's Pearl Creme had been interesting finds.

"It was probably from the landlady Julia Eichardt," Ms Woods said.

Dr Farminer said the artefacts including almost complete English china platters used in the hotel in the 1870s would be pieced back together and she hoped put on display in the new building. 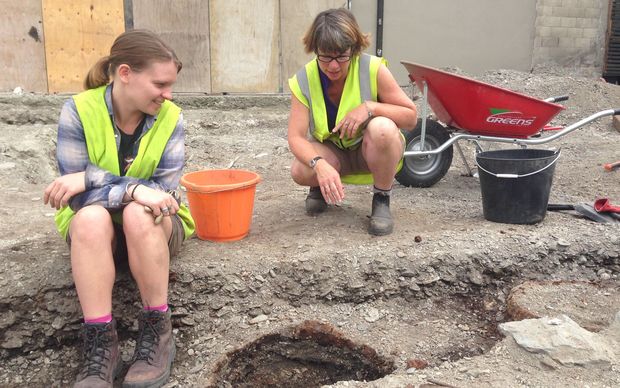 "We will photograph, catalogue and research everything we find so that the record is there for future generations. This really is a once in a lifetime opportunity," Dr Farminer said.

Next week the bulldozers will move in and while the stable floor is interesting it will not be saved.

Tourists have relished the opportunity to view the prominent site and the dig team have enjoyed answering hundreds of questions from curious onlookers.

"No we haven't found gold, dinosaurs or human bones," Dr Farminer said of some of the more outlandish questions.

"But we have enjoyed showcasing our profession, and who knows, we may have inspired a budding young archaeologist or two."