Queenstown airport is turning away private jets as a summer influx of the wealthy stretches it to maximum capacity. 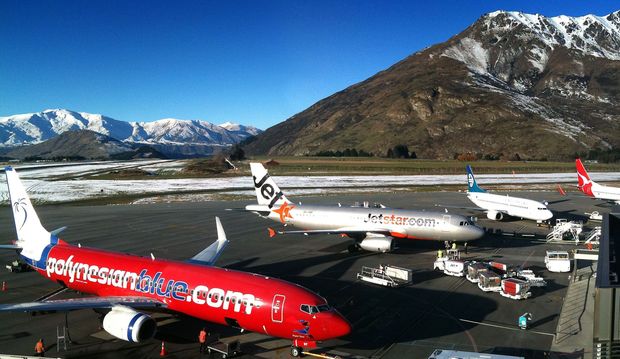 The airport's expansion to cope with the tourism boom has been delayed at the Environment Court, and a private terminal built just last May to cope with private jets flying in has already run out of parking space.

Queenstown Airport could park up to eight jets at a time but Mr Leach - who estimated the average spend in Queenstown from each private jet visit was $30,000 - suggested they would have to start parking the planes a bit closer together.

Queenstown Airport chief executive Scott Patterson said they were doing less marketing to those with private jets because of the squeeze.

"We think there's a wonderful opportunity for private jets but we're sitting back on promoting Queenstown as a private jet destination because we're worried that when they decide to come here we'll have to say 'sorry you can't come'."

The airport's expansion is to take more international flights, including private jets but it needs land from Remarkables Park limited and the case is in the Environment Court.

Mr Patterson said the Government had identified the expansion as important for the tourism industry and it therefore should not take too much longer.

Glacier and Southern Lakes Helicopters General Manager Matt Wong said wealthy visitors often had no spending limit, and when they turned up with their platinum cards they just wanted the best experience available.