Some drivers in the top of the South Island say they are avoiding using the roads because of a fear of unsafe overseas drivers.

Last weekend a member of the public confiscated the keys of a tourist driving on the Lindis Pass after they narrowly avoided a head-on crash. 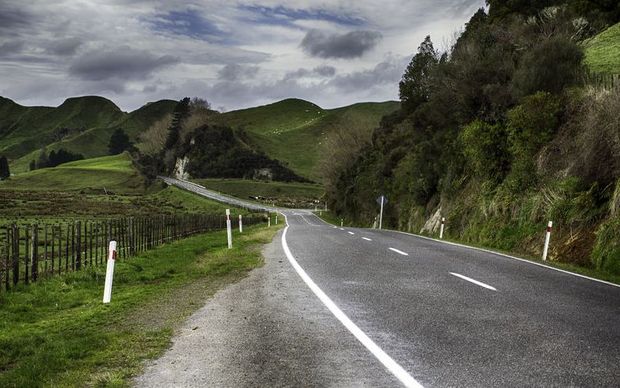 But others say it is both unfair, and unwise, to blame tourists for the problems on our roads.

French tourist Marie Nussbaumer said after taking advice from friends back home, she booked in for driving lessons before she picked up her campervan.

"I never try yet but we have booked driving lessons so after that we will be happy to try. I think it will be quite easy because it's an automatic car. Maybe for the left side it's not so easy but we have to adapt."

A German visitor to Nelson, Mira Fischer, admits driving in New Zealand took a bit of getting used to.

"The first time when we had to drive on the left instead of the right, it was a bit difficult just maybe the first and second time, but afterwards it was OK.

"I parked my car in a stupid place and I had to go backwards and there was another car and I just bumped the other car."

With a high holiday road toll at the start of the year, including the death of two Korean tourists on the West Coast, some New Zealanders have been quick to blame overseas motorists.

But Nelson resident Holly McLean said it was unfair to tarnish all foreign drivers with the same brush.

"I've got a German friend who has come back here quite a few times and she's a great driver; she's never really had anything in New Zealand to prove that, but she is good. But she can pick a mile away the drivers that are tourists."

"I think we have to be very careful from an international visitor point of view, to place preconceived ideas and opinions about the abilities of international drivers. That could work against us in the long term."

But Nelson motorcyclist Brendan Santorini said he was so nervous of overseas drivers he tried to avoid the roads during the summer.

"I ride a motorbike and by biggest fear is coming round a corner and smacking straight into a campervan and being killed. It's a huge fear for me so I don't ride much at this time of year so I wait till about March.

"But I do go for some rides and it scares the hell out of me, because I see it all the time, people on the wrong side of the road and stuff like that when I'm out there."

Fellow Nelsonian Damien Street said the problem was not every country had the same driving standards.

So if I come from a country for example which doesn't have such rigorous road rules and testing as New Zealand, how dangerous could I potentially be on our roads?"

But a German tourist, Friedrich Carrle said he has found driving in New Zealand to be both safe and straightforward.

"You drive on the left side, you are limited to 100km, everything is indicated two or three times, there are a lot of signs, you can't make any faults. Maybe there are too many cars that drive too slow because the tourists are looking around, but I don't think you can do anything about this."

In statistics from 2013, police say, 11 of the 239 fatal crashes involved drivers from overseas.