The Fire Service says a fire at North Canterbury's Pines Beach, near Kaiapoi, is under control but is being treated as suspicious. 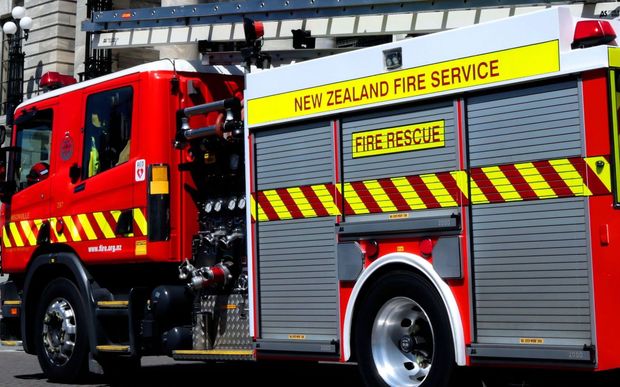 It said the fire started about 10.20am today, just north of the settlement's surf club.

One helicopter and 10 appliances were at the scene earlier today.

A spokesperson said the rural fire service remained at the scene, with eight fire appliances.

Yesterday, a big fire west of Kaiapoi came within 100 metres of two homes.

Another blaze near Spencer Park was being blamed on a camp fire.

Meanwhile, a scrub fire that has destroyed 53 hectares of grassland in Marlborough has been compared to the devastating Boxing Day fires of 2000. 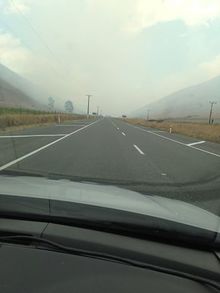 Smoke across State Highway One on Monday. Photo: NZ Police

The region's principal rural fire officer said this week's blaze in Seddon had a similar scenario painted all over it.

Richard McNamara said a phenomenal response from air and fire crews led to the quick containment of the fire, which broke out in the Dashwood Pass area late yesterday morning.

Within one hour, six helicopters and a fixed wing bomber were on-site, along with dozens of firefighters on the ground.

Mr McNamara said the tinder dry ground, drought conditions and high winds meant this fire had the potential to be as bad as the Boxing Day fires in 2000, which destroyed nearly 7000 hectares of the Wither Hills.

He said the present fire was now well-controlled with crews continuing to patrol and mop up.