The Transport Accident Investigation Commission says it has carried out an initial examination of the wreckage of a plane that crashed into Lake Taupo on Wednesday.

All 13 passengers survived after parachuting from the plane after its pilot reported flames coming out of the exhaust on Wednesday afternoon.

TAIC said all wreckage from the crash had been recovered from the lake.

It said the wreckage would remain secured in Taupo until the engine could be returned under seal to its Canadian manufacturer, for a strip down and examination.

It will be supervised by TAIC's Canadian counterpart, the Transportation Safety Board of Canada and TAIC said it hoped that would happen next week.

Meanwhile, it said the engine data recorder had been recovered, and would be examined in the Australian Transport Safety Bureau's laboratory.

The Commission said its inquiry into the incident could take up to 18 months.

Speaking from the lakeside, Skydive Taupo's chief executive Roy Clements said it was a sad day, seeing their beloved pink plane being recovered.

He said it had been with the company for the last six years without incident.

Meanwhile, it was business as usual today for five of the six instructors on board, but on a new plane that arrived last night. 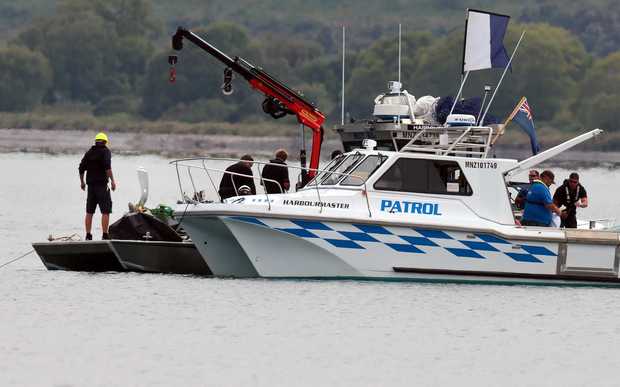 Divers recover the engine from the crashed plane, the propeller visible on the left of the picture. Photo: RNZ / Diego Opatowski

Taupo Mayor David Trewavas said the successful way the company handled the plane crash had not hurt but enhanced the industry's profile.

Mr Trewavas was at the lakeside this morning, watching as a helicopter lifted the wreckage from the water.

He said the skilled way in which the instructors and the pilot handled the emergency exit out of the plane before it nosedived into the lake, showcased how safe the industry really was. 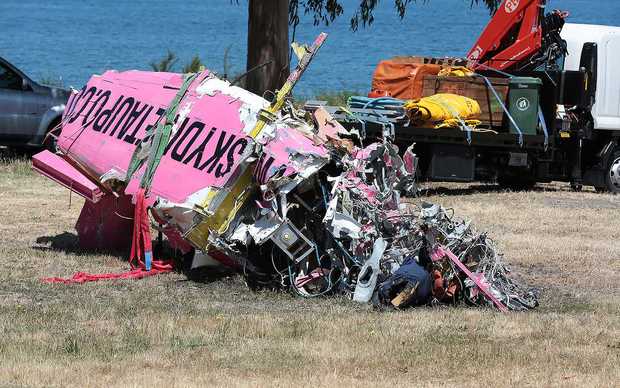