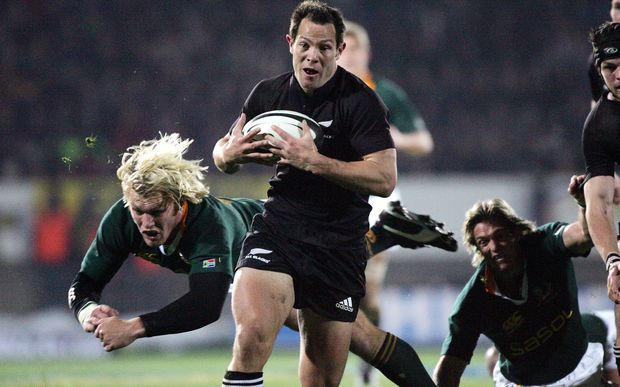 Leon Macdonald slips past Schalk Burger for a try during the Tri Nations match againt South Africa at Carisbrook in 2005. Photo: PHOTOSPORT

Senior Sergeant Julian Lewis of Marlborough police said the jerseys were taken from a garage adjoining MacDonald's house in the early hours of Sunday morning.

MacDonald disturbed the burglars when he returned home after a night out. He confronted them, and they verbally threatened him before taking off.

Mr Lewis said MacDonald did not realise anything had been stolen until later.

It was possible the offenders had not realised the sentimental value of the property they took, he said.

"They're of no value to the people who have got them. Obviously, though, they're of hugely sentimental value to Leon.

"It's pretty important that we get them returned to him. He's worked hard in earning the jerseys and representing his country, so you can't really put a cost o the sentimental value."

Anyone offered one of the jerseys should contact the police immediately, Mr Lewis said.

Some were MacDonald's own All Black jerseys with his name woven into the fabric, others had game dates on them and all were easily identifiable.

Others were jerseys the former All Black had swapped with players from other countries.

Police wanted to speak to two people, described as in their teens, one with a nose- piercing.

MacDonald played 56 Tests for the All Blacks after making his debut in 2000 - his last against South Africa in 2008. 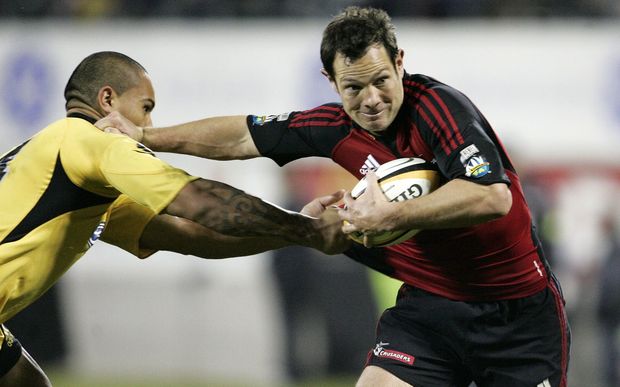 Leon MacDonald, with the Crusaders in 2008, fends off the Hurricanes' Hosea Gear. Photo: PHOTOSPORT