While many people rush to finish their Christmas shopping, other families face heading into the new year laden with debt after buying goods at exorbitant prices from mobile trucks.

The Labour Party launched the 'Do Not Knock' campaign in Mangere on Saturday, to encourage people in the area to put stickers up at their houses to say no to door-to-door salespeople and clothing truck operators. 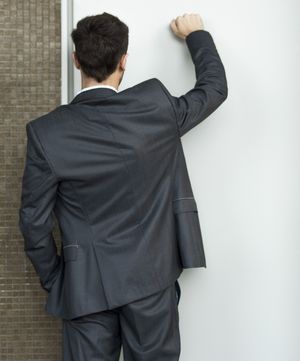 The campaign is part of a wider initiative from Consumer New Zealand, which will send out 10,000 stickers and letters throughout the region to encourage people to turn the salespeople away.

Vai Harris of the Vaiola Pacific Island Budgeting Service in Mangere says she is tired of seeing prices such as $20 for a tin of corned beef, $66 for some powdered milk and $35 for a packet of noodles.

Ms Harris said the problem was worse at Christmas time, but it had been something that had held back families in the area for years.

She said it was not just small ticket items the families were buying on credit.

"Sometimes they make them sign for a mobile phone - and those cost sometimes $2,000, $4,000. And at the end of the day, these people sign up, and when the time comes to pay up, there's hardly any money."

Ms Harris said after automatic payments were sucked out of the customers' bank accounts, there was nothing left for food.

Mary Savill from the East Auckland Home and Budget Service said the customers were soft targets.

"I've just said good-bye to a lady who's minus $67 a week, and she's got four trucks she's trying to pay off," she said.

"They are a huge problem, because they just prey on people who don't know what they're getting into - often English is their second language and they don't understand the contract."

Ms Savill had worked as a budget advisor for close to four years, and said mobile trucks had been a problem the whole time.

Mangere resident Joanne Latif said she once had door-to-door salespeople try to sell her a $3000 vacuum cleaner.

Ms Latif said they did not leave her house for three hours, and although she resisted the pressure, her neighbours could not.

"And they only live in a tiny little apartment with maybe a 10 x 5 square metre area, to buy this vacuum cleaner, and they don't even need it."

"It's been a huge problem for the last two or three years - and I guess we hoped the changes to the Fair Trading Act would help tighten up the laws around it, but it really hasn't - and we're still inundated with clothing trucks and door-to-door salesmen, so this is a way of the community standing up for itself," he said.

Mr Latif said the mobile truck operators and door-to-door salesmen had said they would stay away from places with stickers.

"But in terms of capping interest rates, you know that was put before the Government and they decided not to do it."

The manager of the Auckland arm of the Commerce Commission, John Lyall, said the law was tightened in June.

He said truck shops needed to comply with rules about how they disclosed information to their customers, and had to sign up to a disputes resolution scheme.

As for whether the law could crack down harder, he said the commission would have to see how the current laws work in practice.