A little-populated spot in the top of the South Island saw a busy start to 2014 with holidaymakers in Golden Bay drafted to help with a series of whale strandings - and an eventful year for the wider region followed. 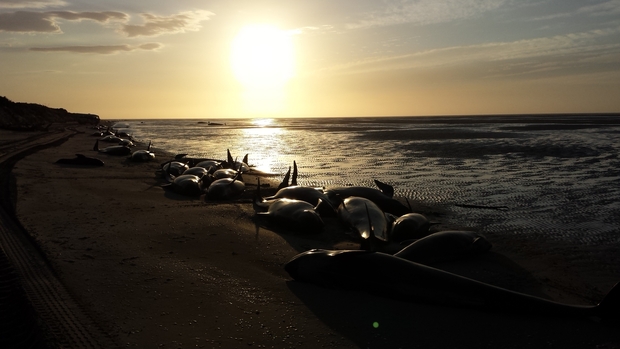 Thirty-nine pilot whales died at the start of January - and a huge rescue effort took place later in the month as hundreds of volunteers repeatedly tried to refloat another pod of about 50 whales at the base of Farewell Spit.

Huge efforts by the Department of Conservation, Project Jonah and the support of locals and tourists helped save some but it was a reminder of how much at risk whales can be from stranding, especially in this area.

However, the biggest issue to dominate the thinking of residents in Golden Bay and elsewhere in the Tasman District in 2014 has probably been the discussions around whether to build a dam in the Lee Valley.

The council put out two funding models for the Waimea Dam, which is expected to cost just shy of $80 million, both of which required 30 percent of the cost to be met by ratepayers throughout the entire district.

The council received hundreds of submissions and a series of lively hearings were held were held in November and December.

Meetings were full of fierce opposition to the plans and a protest was held outside the council offices in Richmond in December, before the council decided to abandon both options and instead seek external funding for the project.

It's been a difficult year for the Buller District with Easter Weekend bringing Cyclone Ita's force to the region.

One in five homes were damaged by strong gales and many parts of the region, including the main centre of Westport, were totally cut off from electricity and communications for several days. Mayor Garry Howard said it was a hard lesson for many residents about the need to be prepared for extreme weather events.

The Buller District has also been hit with a series of high-profile redundancies in the area. It was announced in June that 120 jobs will go when Holcim's cement plant in Westport closes its doors in 2016. 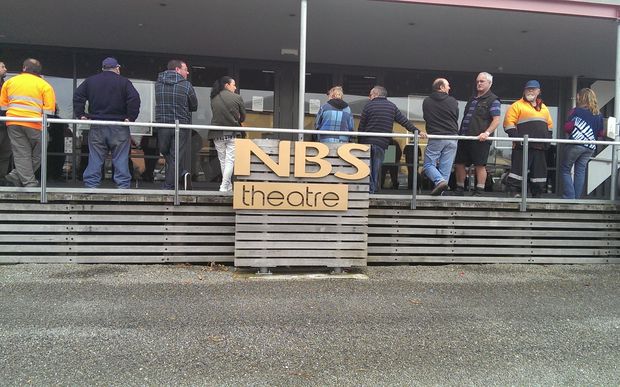 In July, Solid Energy announced 184 job losses at its Stockton coal mine north of Westport.

The firm said a high New Zealand dollar meant it had to reduce production at the export mine by a quarter from 1.9 million tonnes to 1.4 million in the next financial year.

It's also meant progress has been very slow at Bathurst Resources' controversial open-cast mine at neighbouring Denniston. Managing director Hamish Bohannan said it would now only start exporting when the coal price was higher and for now would concentrate on a smaller, domestic-focused operation. It has also made a series of redundancies in a bid to counter the tough export market.

Air New Zealand's announcement in November that it was pulling all of its services out of Westport has been a further blow to the region. New Zealand Rural General Practice Network chairman Dr Jo Scott-Jones said that was going to make it even harder to encourage doctors and other professionals to live and work on the West Coast.

In Marlborough, the township of Seddon and surrounding parts of the Awatere Valley have been picking up the pieces from last year's Cook Strait quakes, which left almost every house with some degree of damage.

The Earthquake Commission said it learned from the mistakes it made following the Canterbury quakes and more than 80 percent of the claims have already been settled. 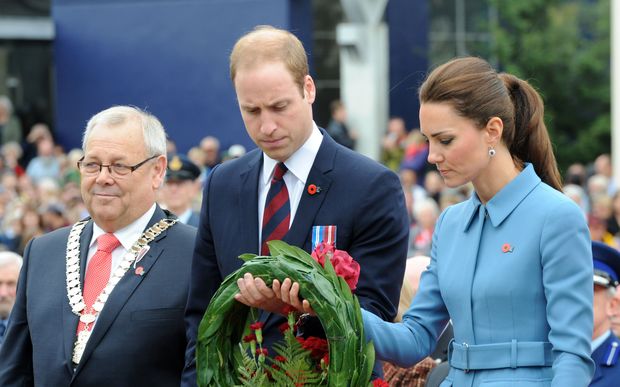 The Duke and Duchess of Cambridge lay a wreath at Seymour Square in Blenheim, accompanied by Marlborough Mayor Alistair Sowman. Photo: GOVERNMENT HOUSE

The Duke and Duchess of Cambridge's visit in April was another boost for the region. As part of their tour of New Zealand with Prince George, they visited Blenheim for the day, starting with a ceremony and their first walkabout of the tour at Seymour Square.

Locals started camping out from 4.30am to make sure they had the best vantage point to catch a glimpse of the popular royals. The couple then went for a winery lunch before being given a private tour of Omaka Aviation Museum by Oscar-winning Lord of the Rings director Sir Peter Jackson.

Sadly, the weather didn't turn on the charm but nine-year old Tallulah Dabinette, who met the Duke and Duchess, said it was "so cool".

Nelson has had a year of mixed fortunes with the announcement of nearly 100 job losses at Sealord's wetfish factory, proving a big loss for the city. Many locals had recently complained at the difficulty of getting full-time, well-paid work. 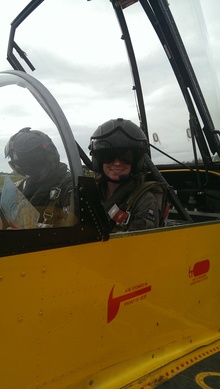 The prestigious Nelson School of Music has also had a difficult year after closing its auditorium due to earthquake risk, and then being forced to appoint an interim board whilst strengthening and upgrades were worked through.

However, it has worked hard to ensure all events have gone ahead as normal with the world-famous Adam Chamber Music Festival [http://www.radionz.co.nz/national/programmes/morningreport/audio/20152748/chamber-festival-launch-goes-ahead due to kick off 2015 in style].

Numerous organisations chose Nelson as the location for their 2014 conference, providing a surge of spending in the city.

Local Government New Zealand, 2Walk and Cycle, and Aquaculture NZ each brought hundreds of delegates to the city, many of whom extending their stays in the region.

The number of cruise ships stopping in Nelson has also increased with the top-end luxury liners The World and Europa both paying a visit.

The RNZAF also made Nelson their home for a few weeks for Operation Wiseowl. Sixty trainees settled in for their annual pilot training programme, practising low-level and formation flying, as well as aerobatics.

Radio New Zealand's regional reporter even donned some "Biggles" goggles to be taken up to new heights with one of the trainers (who incidentally reported she was "a natural" when given the controls whilst upside down).

All in all, it's been a year of mixed blessings for the top of the South but there's a sense of optimism in the air for the new year. Job losses and cutbacks are being keenly felt, but a buoyant housing market and some of the country's best tourist attractions and scenery continue to offer fresh hope for 2015.