The year drew to a sad close in Hamilton with the deaths of four young people in house fires in November alone. 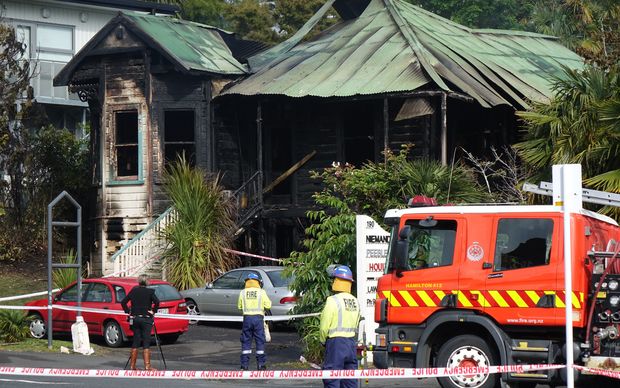 One blaze alone claimed three people, with Toni Johnston, 23, Jake Hayes, 19, and Connor Swetman, 17, dying when their 100-year-old flat was engulfed in flames following a party.

Firefighters were at the scene within three minutes, as the villa was within sight Central Fire Station but the tragedy had already unfolded.

The fire is being treated as suspicious and the results of forensic tests will determine a cause and whether it was arson.

The deadly fire came just a week after a three-year old boy died in a house fire in suburban Dinsdale in which his mother and two siblings were also injured.

Earlier in the year, the allure of Royalty had the region in frenzy with the visit of the Duke and Duchess of Cambridge in April. 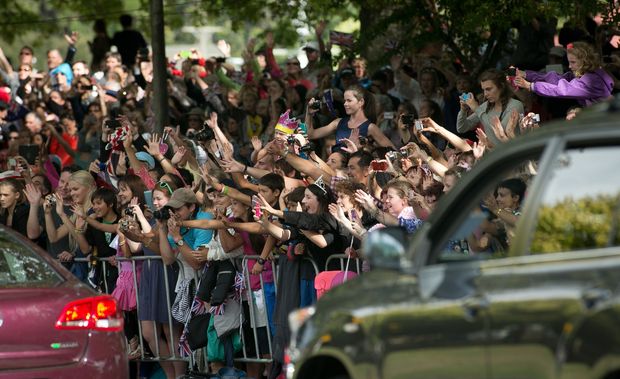 The royal couple spent the day in the area, opening the new National Cycling Centre of Excellence and having a walk-about in their namesake town, Cambridge. 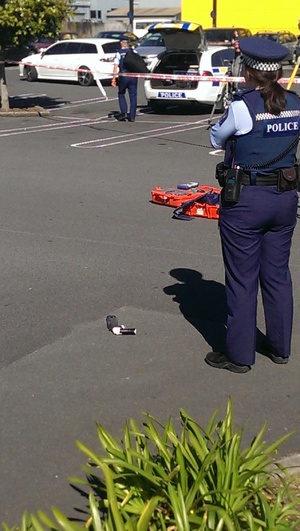 Police at the scene of the shooting. Photo: RNZ / Andrew McRae

Pomp and circumstance went out the window during a police chase in Hamilton in August, which culminated in 35-year-old Zeb McCallion being wounded and a police officer being shot and injured in a supermarket carpark.

Mr McCallion had been wanted following an alleged home invasion in Kihikihi and an attempted carjacking. He has pleaded not guilty and will face trial relating to those incidents, plus others in Huntly and Auckland earlier in the year.

A number of inquests were held in Hamilton through the year but three in particular caught the public's attention: the death of a woman killed by a mental health patient who had absconded from the mental health unit at Waikato Hospital; a mother and her newborn baby; and a Waikato Museum employee who took his own life in sight of his workplace.

Diane White was bludgeoned to death with a hammer by former neighbour Christine Morris in 2010 and her inquest was held in October this year. Morris had made threats against Mrs White and was able to scale a fence at the hospital, make her way to Mrs White's home and kill her.

Coroner Peter Ryan ruled that the death may have been prevented had the fence been more secure.

An inquest in February was told there was virtually no chance of saving Ms Nathan, with expert witness Mark Smith saying the 20-year-old woman's loss of consciousness in a birthing pool started a catastrophic decline.

Dr Smith said she was in a critical condition by the time she got to hospital and had acute kidney failure. He said multiple systems in her body failed, and there was essentially no chance of rescue.

The Coroner is yet to return his findings into the two deaths.

Raymond Mayes was 55 when he took his own life in view of his workplace, the Waikato Museum in Hamilton. His family claimed he was under stress at work and being bullied.

Coroner Dr Wallace Bain, while agreeing Dr Mayes was under pressure following a restructuring at the museum, ruled that he kept a lot to himself and that a note that he left did not mention workplace issues.

Dr Bain found the Hamilton City Council, which administered the museum, was not responsible for Dr Mayes taking his own life. 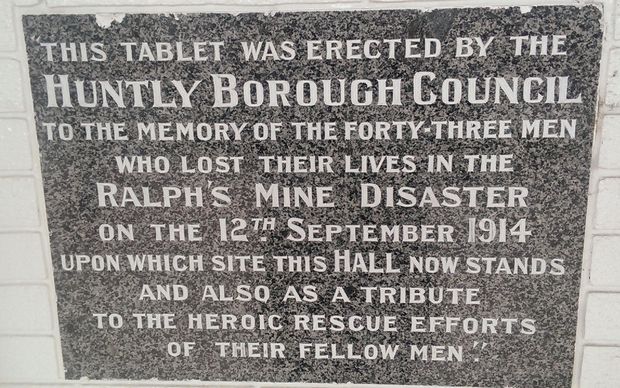 A memorial to the 43 men killed in the 1914 Ralph Mine disaster. Photo: RNZ

The centenary of the Ralph Mine Disaster in Huntly was commemorated during the year.

43 men died in an explosion on September 12 1914. The toll could have been much worse but for the fact it was on a Saturday morning and only 60 men were down the mine, instead of about 250 on a weekday.

The explosion was caused by a miner's naked acetylene cap-lamp igniting methane gas given off by coal, known as firedamp.

The 150th anniversary of battles in Waikato during the New Zealand Wars was commemorated during the year. The commemorations started late last year at Rangiriri and then this year at Waiari, Rangiaowhia and Orakau. It finished at Tauranga with the Battle of Pukehinahina (Gate Pa). 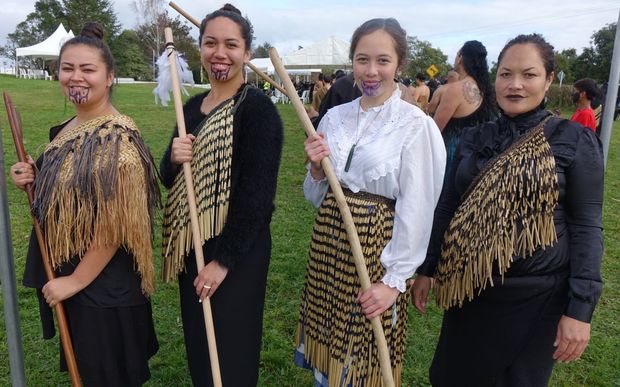 The ever-present issue of fluoride continued to raise its head during the year in Hamilton but, as the year drew to a close, those in the pro camp were able to declare victory.

The Hamilton City Council stopped adding fluoride to its water system in 2013 but then decided to bring it back after a public referendum overwhelmingly supported fluoride.

The anti-fluoride group, Safer Water Alternative New Zealand had planned to test the decision with a High Court Review but in September withdrew its challenge, and fluoride was once again flowing from the city's taps.