Around 200 people have marched up Auckland's Queen Street calling for the mayor Len Brown to step down.

Mr Brown is under pressure after he accepted free hotel rooms and upgrades from Sky City which he failed to declare. 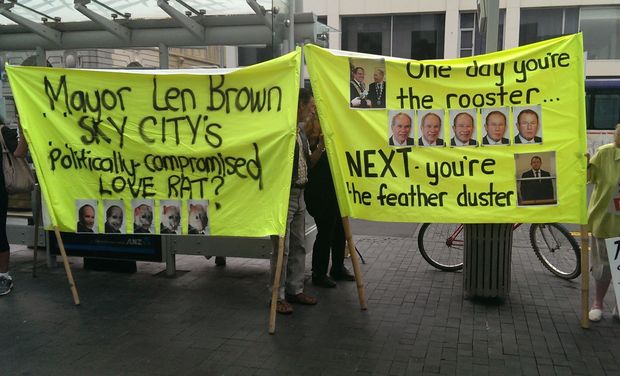 And details of his two year extra-marital affair have been widely published.

Protest organiser Stephen Berry says there is outrage and disgust at Mr Brown.

He says the people involved are from across the political spectrum and are coming together to tell Mr Brown to resign.

A supporter of Mr Brown also attended the march.

Colin Reed says everybody makes mistakes and the mayor has done a good job for Auckland.