Former leader Simon Bridges is throwing his hat in the ring to be National's leader, RNZ understands. 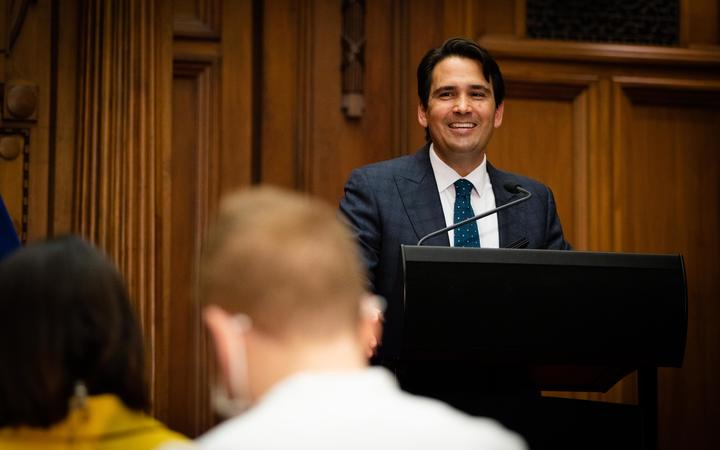 National MPs are busy discussing who they want to take over the leadership of the party, after ousting Judith Collins yesterday.

Yesterday Bridges said he would "take a day or two" to consider having another tilt at the leadership following the departure of Collins as leader.

Collins lost a vote of confidence in the National caucus after her late night media release on Wednesday, saying she had stripped Bridges of all his portfolios and intended to demote him to the back bench.

Her decision related to allegations of an inappropriate comment made to Waitaki MP Jacqui Dean five years ago at a party function.

Bridges criticised Collins, saying she had acted in a desperate way and shown she would do anything to hold on to the leadership.

He spoke to media after the caucus meeting yesterday, saying he had apologised to Dean at the time and again this week.

"I think today in particular I'm an older, possibly wiser guy than I was - certainly five or six years ago, but even a couple of years ago when I was leader of the National Party.

He gave assurances his statements over the past few days about having no intention to stand for the leadership had at that time been genuine.

This morning former Cabinet minister Chris Finlayson said Bridges and Collins should use the summer break to consider retiring from politics altogether.

"Maybe Simon and Judith need to reflect on the events of the last 18 months and consider whether or not they should perhaps move on for the good of the party."

National MPs are due to meet again on Tuesday to consider a new leader - their fifth in four years.