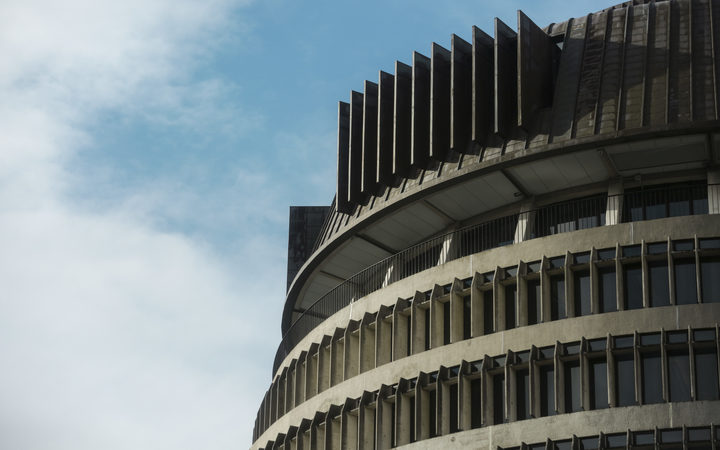 "It's a matter of principle. Every woman and every man should feel safe in their workplace." (Judith Collins, 25 November 2021)

"I thought it was a poor process, I thought it lacked any due process coming from a lawyer." (Simon Bridges, 25 November 2021)

These statements are equally correct. And if Parliament was a court of law, Judith Collins and Simon Bridges would be able to argue their case before a judge. After all, both Bridges and Collins are familiar with a courtroom.

Parliament, despite its status as the supreme lawmaking body of the land, is a strangely lawless place.

There are two key concepts of natural justice - a rule against bias, and the right to a fair hearing. Over the last 48 hours Bridges has had neither.

The recipient of the complaint, then leader of the Opposition, Judith Collins, was clearly biased against Bridges. A demotion was handed down before Bridges had the opportunity to put his case forward to his caucus colleagues, the National Party board or the voters.

Traditionally, Parliament is a hierarchical place. The leaders, of their respective parties, are the rulers. They determine the order of the list, the allocation of portfolios and generally also plum media jobs like regular TV panels. But they only do so on the basis of the confidence of caucus.

Parliamentary Standing Orders try to balance the power of Parliament by providing some natural justice protection to the general public - those who might be named or discussed in parliamentary proceedings or select committee hearings. But this does not apply between MPs.

The terms of reference for last year's Debbie Francis review in to Bullying and Harassment in NZ Parliamentary Workplace explicitly excluded conduct between MPs, and only went so far as to say there were issues raised.

Our Westminster system, built around MPs organising in political parties, requires natural justice to be overruled. The discipline of the caucus, and the need to demonstrate that externally means MPs rarely have the chance to put their case forward. If they do, the need for the leader to be seen to act decisively means the MP will most likely still face punishment.

This is strengthened under the MMP system, where many MPs rely on the list for their place in Parliament. It increases the expectation that MPs will dance with the one that brought you. It was the party machine that got you in to Parliament, and no individual MP is bigger than the party.

If a leader acts decisively, they must be confident their decision will be supported by the caucus. If it is not, the external display of unity will be quickly undermined.

This appears to be what has happened in the last 48 hours. Collin's decision to act against Bridges in a late night press release didn't just upset Bridges' supporters. It told all members of caucus that if allegations were made against them, it is unlikely they would have the opportunity to make their case before they too would be publicly remonstrated.

In natural justice, there is also a principle of double jeopardy. Once tried for a crime, you cannot be tried again. Jacqui Dean made her complaint in 2017. Then Deputy Prime Minister Bill English received it, spoke to both parties, and an apology was made. Nothing has changed between then and Wednesday to trigger a re-litigation of the issue.

The discussion, particularly over the last year, on raising the standard of behaviour in Parliament would of course be a natural opportunity to provide an example of ill-behaviour. But it is also an opportunity to demonstrate how issues should be dealt with. Nothing in Dean's subsequent statement suggested she had issue with the actions of the leadership team at the time.

Nobody has defended the actions of Bridges. He himself has admitted guilt and apologised. Multiple times.

Everyone deserves to feel safe in their workplace. To do so, people deserve the opportunity to have agency, and at least get a hearing before their peers. Natural justice may be the antithesis to party discipline, but given we are talking about MP's livelihoods, shouldn't these principles at least be given some respect?

* Brigitte Morten is a Director for Franks Ogilvie - Commercial and Public Law. She previously a Senior Ministerial Advisor in the National-led government, and an adviser and campaign director for Australia's Liberal Party.