With senior high school pupils returning to class in alert level 3 areas today, the R-rate for Covid-19 is not expected to be impacted "significantly", the deputy prime minister says. 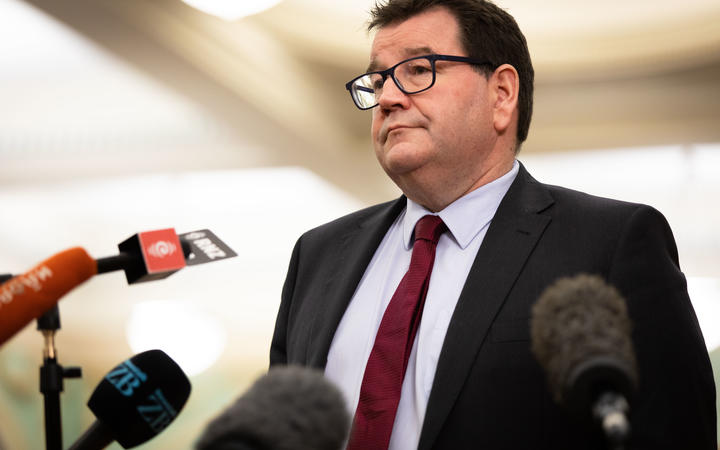 Secondary school students in Years 11-13 will be able to return to the classroom today with a set of strict requirements in place.

"The advice we've had is not that it would add significantly to (the R-rate), particularly because of the precautions and also the number of people involved.

"But obviously everyone needs to continue to be vigilant and abide by those level 3 rules last going about their business."

He acknowledged there was a risk the R-rate could go up.

"Well, there's a risk … but the risk is to be managed and that's why we put the precautions in place.

"The R rate his face around 1.2 for some time, including when we moved to, you know, people being able to go out and meet it with two bubbles in a park and so on.

"At each of these junctures, there are concerns raised about whether that will change it. There is no evidence to suggest that the schools opening up in the limited way they are is going to add significantly to (the R rate)."

The government was confident in the partial return to school, he said.

"We're very confident that with the guidelines that have been put in place, that it's safe for kids to years, 11 to 13 to return to school.

"A lot of work's being done to make sure that not only have we got staff have been tested, that there's adequate ventilation, that the rules about mask wearing and so on clear, but many of those principles and schools have been saying to us they need the year 11 students to get back.

"They've got the end of a very important part of their schooling in front of them, and it is possible to do it safely.

"I absolutely recognise for some people to be a level of anxiety. We're very clear that if you're feeling unwell, we shouldn't be going back to school. There will be some students who have immunocompromised issues that mean that they won't be able to go back either.

"But overall, we believe this is safe."

The decision around reopening schools was "not easy", Robertson said.

"There are no easy decisions in Covid, but for years 11 to 13 we know that the rates of vaccination are coming up. We certainly want students who are going back to be vaccinated and those opportunities have been there for them and continue to be there for them.

"But we have to strike a balance here and we believe with the guidelines and the precautions we've got in place, that balance is struck."

The 90 percent vaccination target for first doses of the vaccine was "very, very" close for Auckland, Robertson said.

"But we're all well aware that there are particular parts of the country where we need to lift those rates.

"In the Auckland area, which is obviously the first area that we have indicated would move into the (traffic light) framework we've been very, very close.

"We've got two of the DHBs over 90 percent. We've got one of them hovering just around 88, so we're making excellent progress on that but it is DHB by DHB."

Guarantees in Covid-19 were hard to make but the goal was 90 percent vaccination by Christmas, Robertson said.

Robertson also said more information would be provided soon regarding "no jab, no job" and vaccine certificates.